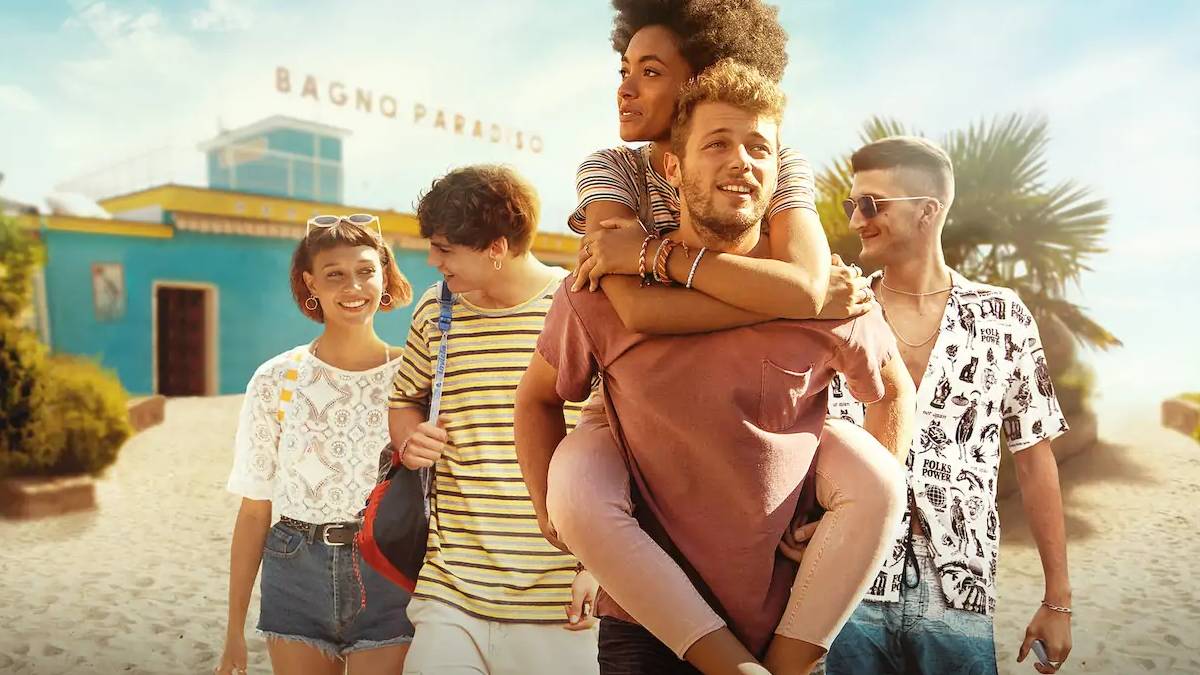 Netflix releases the trailer for the second season of Summertime, the Italian Netflix original series will shoot up on June 3 in all countries where the service is active.

Summertime will bring back the public to the summer atmospheres of the Adriatic coast. The adults will be back on track with Summertime enjoying cuddles and memories.

The new images are accompanied by the notes of "Flames in the eyes," the song by Coma Cose premiered on the stage of the Sanremo 2021 Festival and has now become a trend.

The collaboration with the eclectic songwriting duo continues, which, present in the soundtrack of the series and the trailer, will also accompany the characters' stories in the summer atmospheres of the Adriatic coast in the second season.

While Miguel (Jorge Bosch Dominguez) will be the boy's new coach, and Loris (Giuseppe Giacobazzi), Edo's father, will have his girlfriend Wanda (Marina Massironi) at his side.

The second season of the series, taken from the literary work "Three meters above the sky" by Federico Moccia, and is directed by Francesco Lagi, former co-director and co-author of the first season and by Marta Savina.

Enrico Audenino and Francesco Lagi sign all the episodes, flanked by Daniela Gambaro, Luca Giordano, and Vanessa Picciarelli in the writing of some screenplays.

Many crazy pieces of stuff are yet to happen in this season with the tone of possessiveness, love, misunderstandings, fight, and romance. Let's watch what made the characters make the twist and turn with an absolute curve of love.