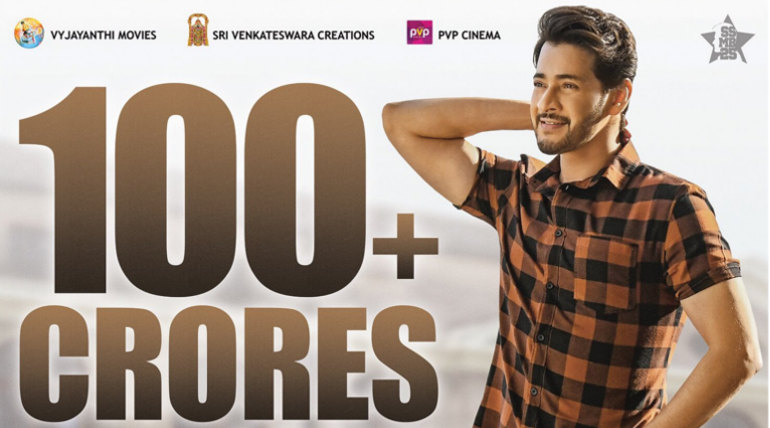 Mahesh babu record-breaking movie Maharishiâ€™s profit has aggregated more than 100 crores in less than a week of release. Maharishiâ€™s success was evident from the pre-booking reports. Also, review in social media sites is an added contribution to set its box office collection in a progressive path. It is found that even on Monday the bookings were filled. The entire team is overwhelmingly happy and appreciates each other for their contributions to the reach. The film was credited with around 6.38 crore in the stateâ€™s capital (Hyderabad) on the release day.

The victory of Maharishi has flown overseas. In Australia, the film has grabbed around $100k on the very first day. In the USA the film has earned around $900k till the late night shows on the day of release. The film speaks out its glorious victory in the International market.

A Record Breaker In Southern Zone

It is believed that the strong subject of Maharishi is the reason behind its reach beyond the Telugu audience. The major cities of Karnataka also supplied for the profit of Maharishi. The film is said to have drawn around 25lakhs profit on the very second day of release from the Chennai audience. Maharishi has stamped a fresh release day record in Kerala. It made a notable profit of around 2.9 lakh on the first day. It has transcended the record of Geeta Govindham in Kerala.

It is proven that the audience of any kind could make an easy connection with the story of Maharishi. It is found that the director Paidipally has extraordinarily handled the emotional sequences to reach the fans in a convincing way. Allari Naresh's powerful role in the film is a catalysing aspect for the screenplay.