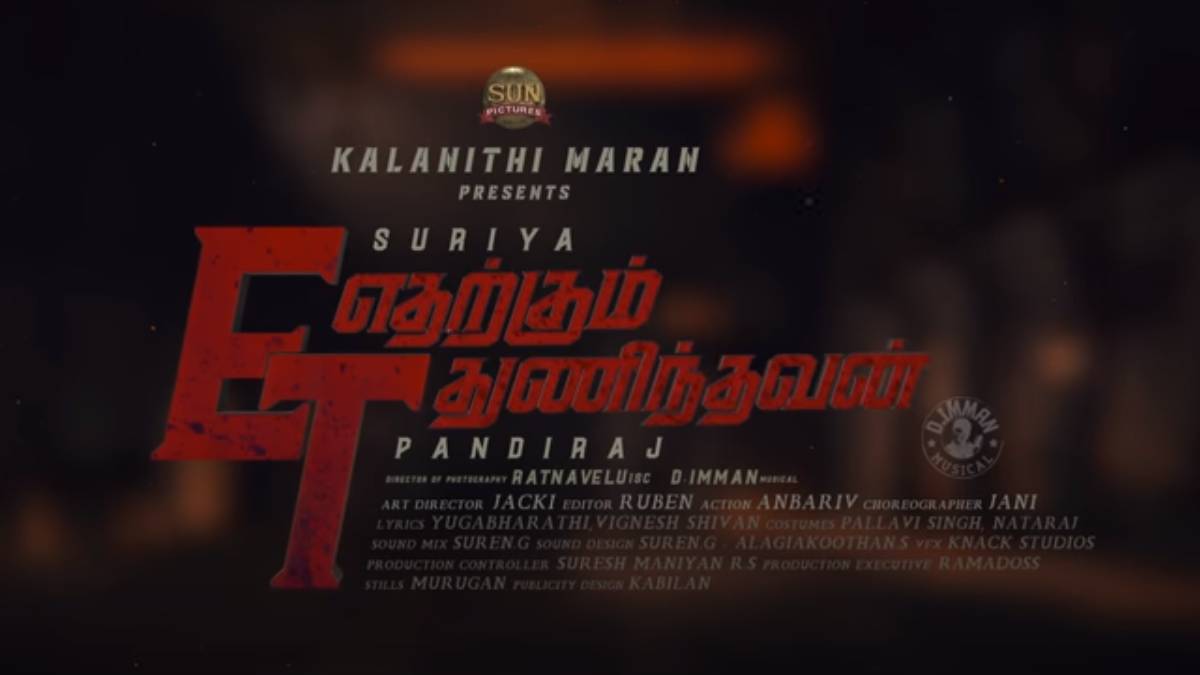 The official first look poster of Surya4 40 is released, and it's hitting with likes and shares on Twitter. Etharkkum Thunindhavan upcoming Tamil movie starring Suriya, directed by Pandiraj under the Sun pictures production, has come out with its important update.

The film is titled "Etharkkum Thunindhavan". Within the few minutes of its release, its videos get the like hit with 70k. The comments are filled with refreshing and energetic comments from the fans.