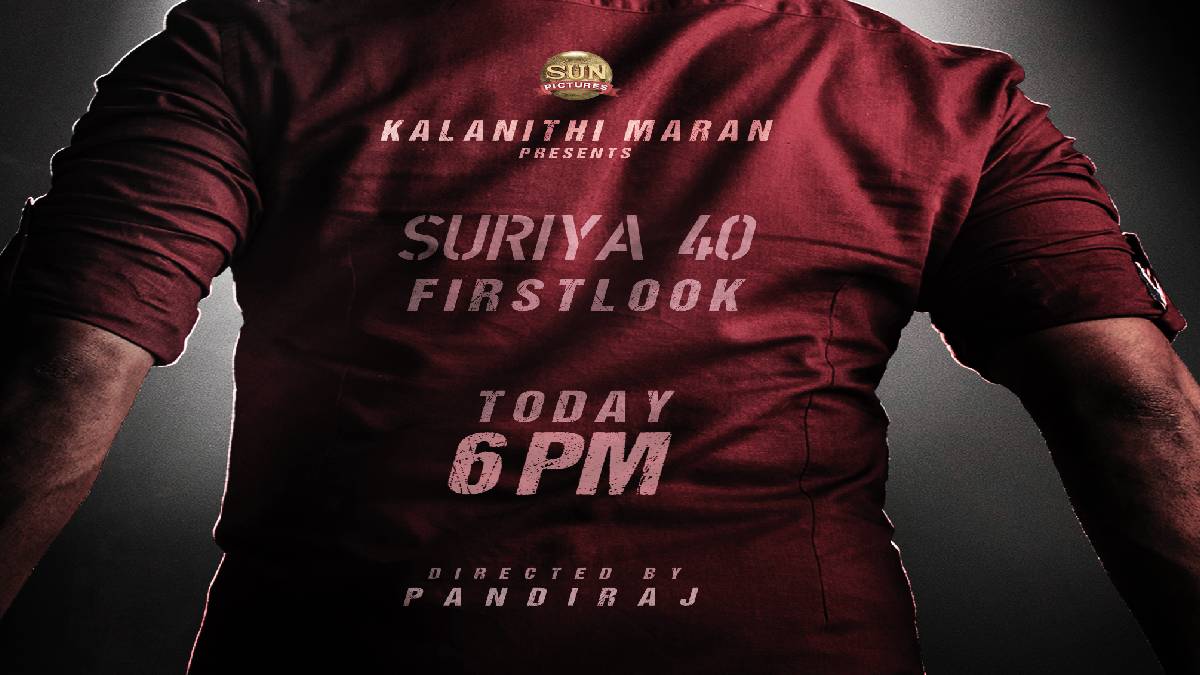 This evening Sun Pictures will be releasing a photo of Suriya standing in his back posture with the title. Fans are celebrating this faceless photo of Surya like First Look.

Suriya is starring in a film produced by Sun Pictures, directed by Pandiraj. This is Surya's 40th film. Cinematographer Rathnavelu has confirmed that the film's shooting, which was halted by the Corona Second Wave curfew, will resume on July 13.

The crew is calling the film 'Suriya' since the title has not been decided. Surya will celebrate her birthday on July 23, and the fans expect the team to release the first look poster of 'Surya 40' later that day. And now the wait is less and the hours are counting to know the name of this 40th film.

Sun Pictures has announced that the name of the film and First Look will be released today at  6 pm.  Suriya fans are excited to celebrate the first look poster and the title. Surya 4The Joy of Vaadivasal poster has still been celebrated, and this evening will be another special day for Surya fans.