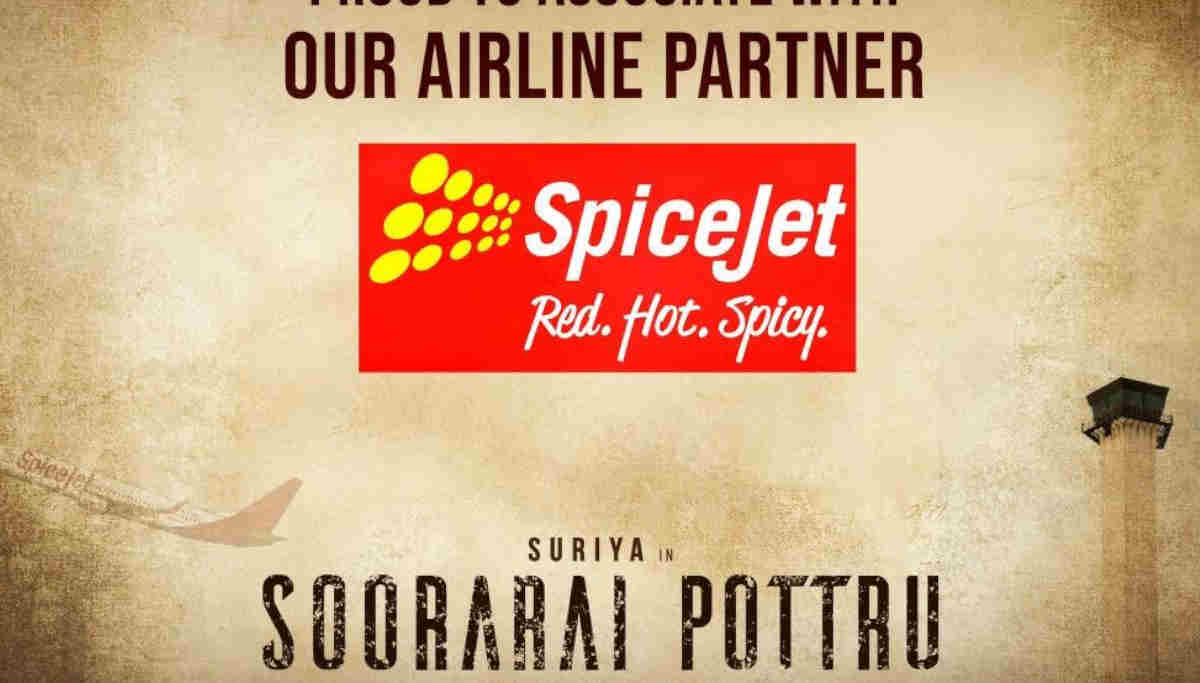 Soorarai Pottru Update: SpiceJet releases a song on board.

Suriya Sivakumar's Soorarai Pottru directed by Sudha Kongara hikes in speculation for the release on the big screens. Like adding a booster to the post-production process, makers of Soorarai Pottru have announced an intriguing promotion of the release of Veyyonsilli song, which is yet to be held on air.

Yes, the production company 2D entertainment tweeted the happiness in twitter as "We're going to launch the song on the air! Literally. The most awaited Veyyonsilli to be launched on SpiceJet Boeing 737 on Feb 13th with as VeyyonsilliLaunchMidAir hashtag".

Following the recent promotions of Darbar by SpiceJet, the airlines' collaboration leaps to April 2020 with Soorarai Pottru's awaiting release. After the launch of the Veyyonsilli song while onboard, SpiceJet will be revealing the branding of the film in their SpiceJet Boeing 737. Sources reveal that Ajay Singh, Chairman of SpiceJet, will do the regards on the flight on February 13.

The film is based on the true story of G.R.Gopinath, Founder of AirDeccan, starring Suriya Sivakumar to play the biographical drama under Sudha Kongara's direction. The song from the film will be released tomorrow from the flying plane. Information about who is releasing the song is now leaked.

According to the film crew, Suriya and 100 children board the flight and release the song. Co-director Sudha Kongara and composer GV Prakash are also expected to be present. It is said that 100 poor children are taken with Suriya, and they are going to fly around the Chennai city for half an hour. Meanwhile, the Veyyonsilli song will be released in the event.

Sudha Kongara has written the story of the film, focusing on the life of Captain G.R. Gopinath, who started Air Deccan as a low-cost airline. He desires to get air services for the poor. According to reports, the group is planning to take 100 children on board.

Two more updates on the film have been announced. Fans are eagerly awaiting what it will be.