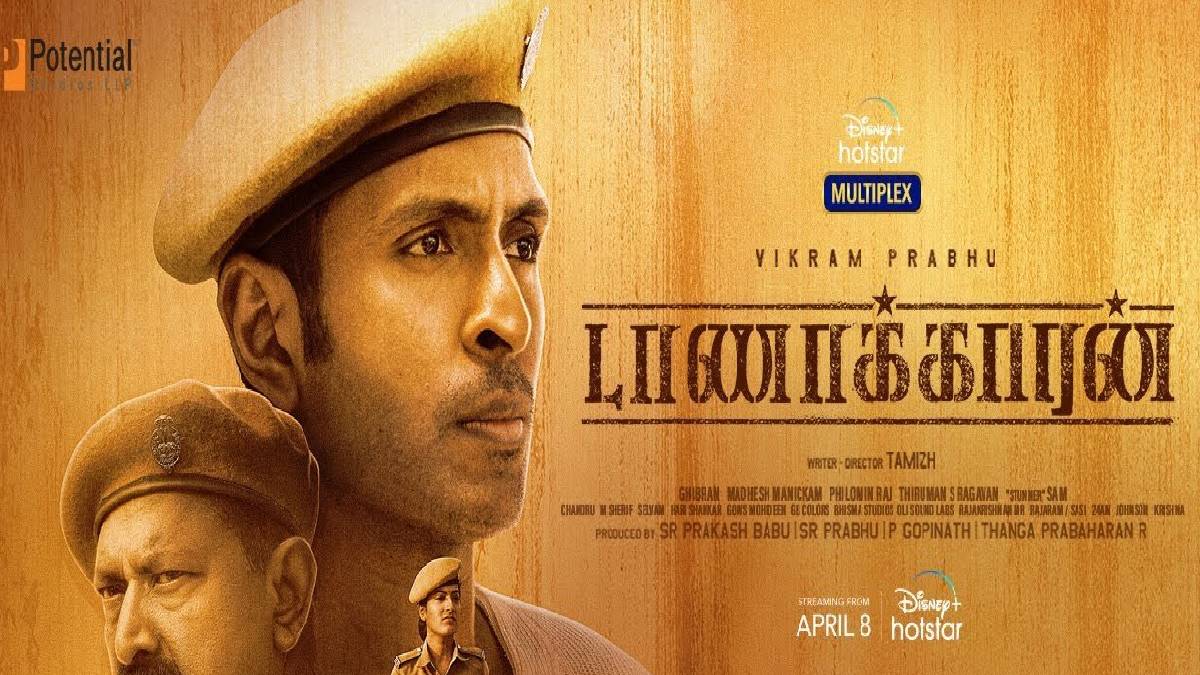 Taanakkaran newly released Tamil police drama directed by Tamizh is receiving good reviews from the viewers. Potential Studios produce the movie. The movie showcases the negatives faced by the trainee police during the training. The deliverance of the message must be appreciated. Taanakkaran movie is streaming in Disney Plus Hotstar from today.

The Livingston police are victimizing hero Vikram Prabhu's father. Thus he tells his son Vikram Prabhu that he should be the police. Then the hero goes on the path to work as police to fulfil his father's wish.

Vikram Prabhu, who is playing the lead role in the Taanakkaran Tamil movie, has given his full effort to the given role. It can be said that he has worked efficiently for the film. Although he has less dialogue, his action spoke well on screen. Lal has exposed his intimidating performance as a police training officer named Eeswaramoorthy. He has added strength to the screenplay by acting casually in many places.

After these two, MS Bhaskar draws attention with his experiential acting. Anjali Nair, who has taken the lead female role in this movie, has very less importance in the movie. The love scenes are moderate, which doesn't disturb the main plot. Special credit must be given to the storyline, which is the key positive of the movie.