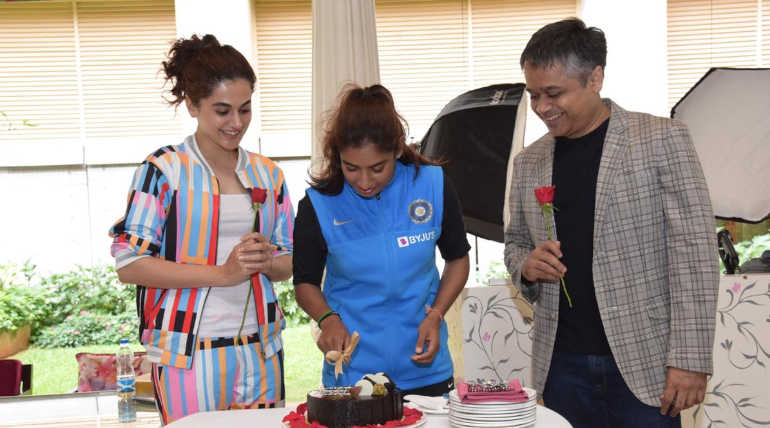 The talented, intriguing actress Taapsee wishing Mithali Raj and tweeted that "I donâ€™t know what gift I can give you, but this promise that I shall give it all I have to make sure you will be proud of what you see of yourself on screen with Shabaash Mithu." Game over actress Tapsee Pannu starts her gaming in the real ground to portray the worth telling story of 'How Mithali changed the outlook of Indian women's cricket?'.

Mithali Raj is on her 20th year of international cricketing, and the storyteller of Shabaash Mithu, Ajit Andhare wishes Mithali in person and tweeted "Thrilled to announce our next with Tapsee takes guard as Mithali Raj, untold & ignored story of the rise of Indian women cricket, in a cricket-crazy nation! When the world goes big on cricket, we go different".

Directed by Rahul Dholakia, Shabaash Mithu film is going to bankroll under the prestigious banner of Viacom 18 studios. After bursting screens with recent box office films Mission Mangal and Saand Ki Aankh, Tapsee is all set to tie her shoes tight for filming Shabaash Mithu in Bollywood. Despite she also has two more movies Tadka and Thappad, in mid of filming.