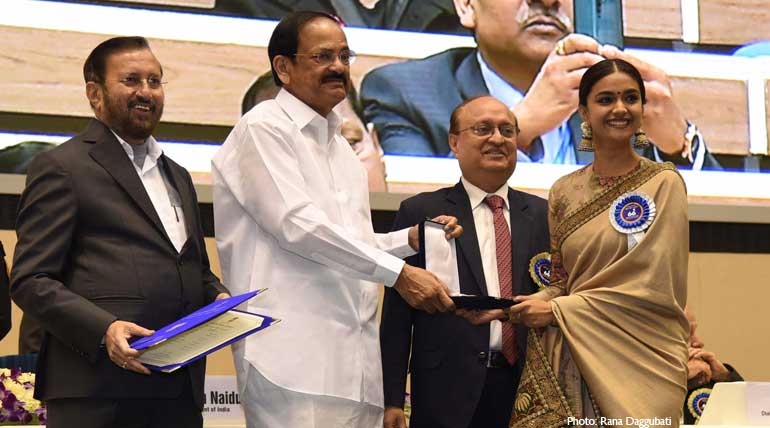 The Film Awards for this year were announced last August. Actor Amitabh Bachchan has been selected for this year's Dadasaheb Phalke Award, the highest award in the film industry.

Baaram movie bagged the Best Film award in Tamil and Priya Krishnaswamy crowns the honour for the plot of a lonely police officer who lost his wife. Produced by Vetrimaaran is a terrific hit of the film and this award opens several spotlights on the Baaram movie, Priya Krishnaswamy speaks gratefully.

Best Action pulled off undoubtedly by KGF: Chapter 1 and Tamilnadu fight master Anbuarivu bags the National award for this year.

Director Ranjith Kumar proudly collected his National Award for the Best Documentary film titled G.T.Naidu Edison of India in Vigyan Bhavan and paid vote of thanks to G.T.Naidu's family at the moment.

Surekha Sikri holds the Best Supporting Actress award for Badhaai Ho and received the honour in a wheelchair got a standing ovation.

The national award is usually given by the President. But this time, Rep. Ramnath Govind has been replaced by Vice President, Venkaiah Naidu. Sources reveal that honourable President Ramnath Govind will host a tea party for the awardees.