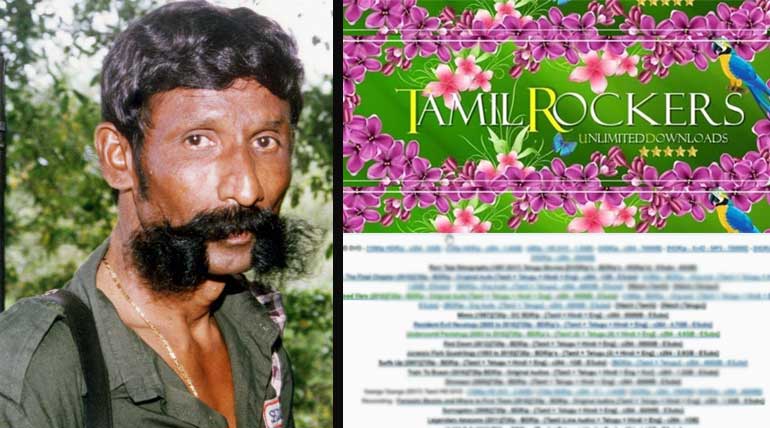 Tamilrockers and Veerappan, Underworld Evolution of 2 Stalwarts: The Movie piracy website Tamilrockers in early 2000 and the famous Sandalwood Smuggler K.Munisamy Veerappan in the late '90s are the most popular underdogs in their respective eras. They remained untraceable by the outer world for some years. Both have faced a lot of Struggles, Pain, and Betrayals. But, yet their popularities were spoken across the country. Today Tamilrockers leaked Bigil Full Movie Online and Kaithi Full Movie Online for free Download

Veerappan, an Indian style Bushranger, lived in the Reserve forest of Sathyamangalam. He was a kind of watchdog to prevent Tress-passers, Poachers, and Smugglers on his territory, and also, a jury with guns to punish such activities in the forest.

He has committed various crimes such as Illegal Ivory Scandals, Smuggling of Sandalwood, and killing Elephants along with many higher officials from various governmental departments. Back in 1993, the famous Palar Blast happened and that showcased his strength.

In the same year, both Tamil Nadu and Karnataka government have jointly created a team named Special Task Force (STF) by Sanjay Arora and Shankar Bidari to eliminate Veerappan and his outlaw gang. Through a combat mission, his gang was reduced into five members.

Veerappan took a counter-attack for killing his man by Kidnapping Kannada actor Rajkumar for Ransom and demanded justice for issues like the Cauvery water dispute and approval of Tamil as 2nd Language in Karnataka. After long debates, he released him after 108 days.

The Former Karnataka Minister H.Nagappa had also been in his custody for a few days, and later, found dead in the reserve forest area. Veerappan also gained Political Influence during his reign. In October 2004, Veerappan was killed by N.K. Senthamarai Kannan of STF and retrieved around 3.3 Million rupees have been from his gang.

On the other hand, Tamilrockers is a web portal publishing copyrighted content like movies and music videos. They create different files, and I.P.'s to distribute their uploaded materials. They are constantly switching over the network to remain untraceable. Every 6 hours, around 7000 movies have been ripped and uploaded on different languages. Over the past ten years, the Tamilrockers web portal holds the most number of data traffic in India.

They are still running in the dark world, which is highly unreachable. Tamilrockers usually capture movies once they hit the screens and will create a master copy from it. Then they will create numerous copies from that and also upload them in the public server to reach the ordinary people. This creates a significant impact on Society by watching movies in their own place instead of spending some thousands on a theatre.

Apart from debates, both showed what they were capable of! Created their own kingdom and put the whole world into notice.