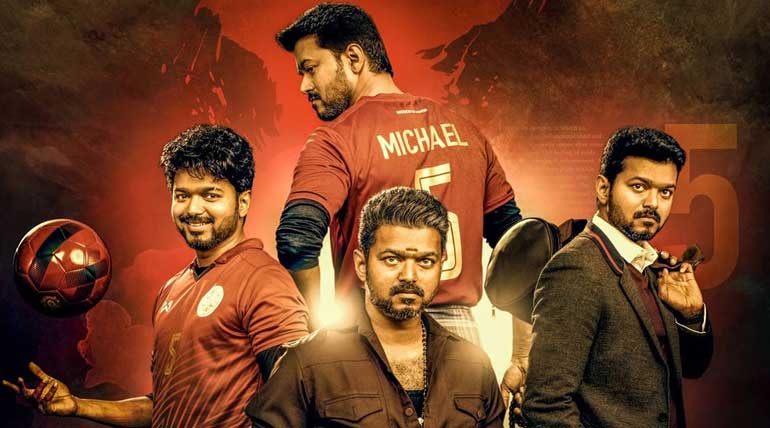 Tamilrockers Leaked Bigil Movie in 1080p 720p HD Prints with Original Audio: Today, Tamilrockers leaked Bigil full movie in multiple quality prints like 1080p, 720p, and DVDrip with original Audio. Bigil movie released on October 25th, 2019, worldwide in more than 2000 screens. It has become an easy way for Tamilrockers to record prints from theatres, which is not under serious control. How they get prints and how they make 1080p and 720p quality prints for download is still a mystery.

Bigil producers Archana informed about piracy control in LIVE video chat. When a Vijay fan raised a question, how would you control Tamilrockers leak of bigil movie online? She replied, the proper complaint raised to Police commissioner in Chennai. Also hired multiple agencies, those who are experienced agencies - who can identify and block piracy websites that leak Bigil movie online.

When it comes to realtime, the Government or the private agencies could not block or stop the piracy leak of Bigil movie online. Tamilrockers website domain, which was live for at least 4 months, never blocked by the Government. For testing purposes, our team checked in multiple internet connections like JIO, ACT, Airtel Broadband, Airtel Mobile internet, BSNL, and other Local Broadband internet connections.

"The URL has been blocked as per the instructions of the Competent Government Authority/ in compliance to the orders of Court of Law."

The above message was shown in most of the internet connections, but in JIO and ACT internet connection, the Tamilrockers domain worked. Still, nothing is clear what type of action taken to block piracy websites. QUBE once informed, they could easily track the theatre from which Tamilrockers shot the piracy prints with the help of some hidden code.

Will Bigil movie producers approach QUBE and find the theatres which leaked Bigil full movie online in Tamilrockers or they ignore and concentrate on upcoming days box office collections?