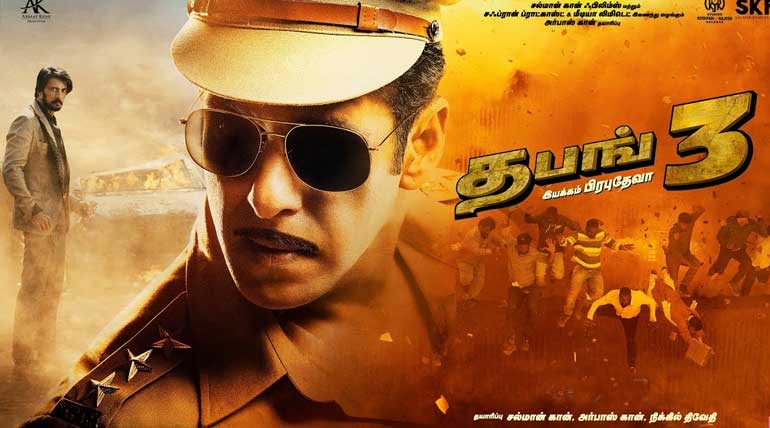 Karthi's Thambi, Salman Khan's Dabangg 3 and Sivakarthikeyan's Hero took charge to hit the screens on December 20 and runs successfully in their plots on screen. However, the hindrance never ends for any kind of people do. Tamilrockers is a vivid example for Newton's law For every action, and there is an equal and opposite reaction in the film industry. The movie piracy masters Tamilrockers leaked Salaman Khan's Dabangg 3 full movie download links on their website.

Dabangg 3 plots mainly how the hero (Salman Khan) became a policeman as a childhood dream and intriguingly goes around how he nabs the villain. This is the third part of the Dabangg series, which is a familiar story to the fans as a police officer. As with Salman Khan's past Dabangg episodes, in the 3rd series also the hero romances his wife Sonakshi Sinha and kindles his brother often.

Plot: Some women are abducted for sex work and brought to a place where they are. Knowing this, policemen Salman Khan saves them from the antagonist mob. The head of the mob, in a fit of rage, seeks revenge on the police officer outlines the remains of Dabangg 3.

Dabangg 3 has everything for Salman Khan fans. A commercial sets the film, the climax scene hikes the tempo to a great pinnacle. Overall, an action movie that captivates people.

Whatever the film is, Tamilrockers never fail to put their signature by pirating the newly released movies every week. Likewise, Tamilrockers leaked the online dubbed version of Dabangg 3 in Tamil, creating a tensed mood to the invested producers and the team.

Several legal and hacking procedures are solemnly under process to block and punish the film piracy masters, but nothing gained acknowledgement till date threatening the lives of producers, distributors including cast and crew to sum up the money and hard work indulged in making a movie.