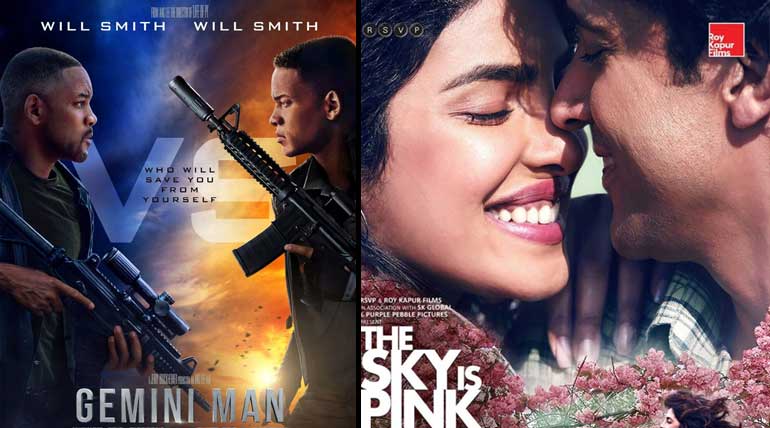 Tamilrockers do not have disparity among languages. They only have Tamil in their name but spoil it across the world by releasing online all language movies. Let it be the critically acclaimed Hindi movie, "The Sky is Pink" or the internationally expected Ang Lee and Will Smith combo Gemini man, they release it all instantly.

Both the movies were expected to get a good collection for the enormous amounts spent on them. But with Tamilrockers releasing them online, it is going to be scarce and hit the distributors of the said movies in Tamil Nadu to be bankrupt.

The Sky is Pink starring Priyanka Chopra Jones, after the marriage has now acted in this critically acclaimed movie "The Sky is Pink". But with Tamil Rockers leaked it online for free download, people to save money will see it in their smartphones.

Apart from causing irreparable monetary loss to its distributors across India, it may also curtail an enjoyable experience of watching love, life, and death on the big screen.

All the directorial skills of Shonali Bose is now in the drain along with the effort of thousands involved in the movie.

Already battered by reviews for its inadequacy to grasp the audience's attention, Gemini Man is also hit by its online leak by Tamilrockers. Paramount Pictures has released Gemini Man due to the skills of Ang Lee and the bankable power of Will Smith.

Apart from the lousy showing in the theaters, even the leftover audiences are now watching its English version in the smartphones from 4th October.

Tamilrockers are now going national and international level to screen online Hindi and English movies. It is time to control them or get extinct from the film world.