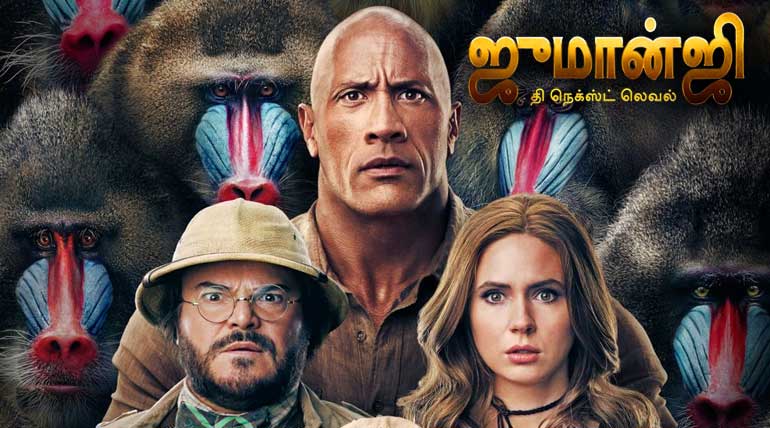 Starring Dwayne Johnson, Karen Gillan, Jack Black, and Nick Jonas in the lead roles, Jumanji: The Next Level, has released in Multilanguage in India on December 12, 2019. As soon as the movie stepped into the screens in India following its release in foreign countries, Tamilrockers leaked it online.

While many positive reviews are passing across Jumanji: The Next Level, the box office of the movie may get thrashed after the act of Tamilrockers. The positive reviews on this movie are because of its storyline that excites everyone.

Like the previous chapter, this chapter of Jumanji starts with the characters' unexpected entry into the game with different avatars. The story is to save the Jumanji by steeling the energy stone, which gives energy to Jumanji, from the villain, and show it to the sunshine to revive the Jumanji.

Some piracy websites have already leaked the English version of this movie as soon as it got released in its home country America. However, that doesn't bother its collection as the audience wished to watch it in the 3D effect, the experience that cannot be obtained through pirated videos.

However, the box office collection of Jumanji: The Next Level in India is in threat as most parts of India still prefer 2D on 3D because of the ticket price.