Thalapathy 65 will be Directed by the Director of Thadam 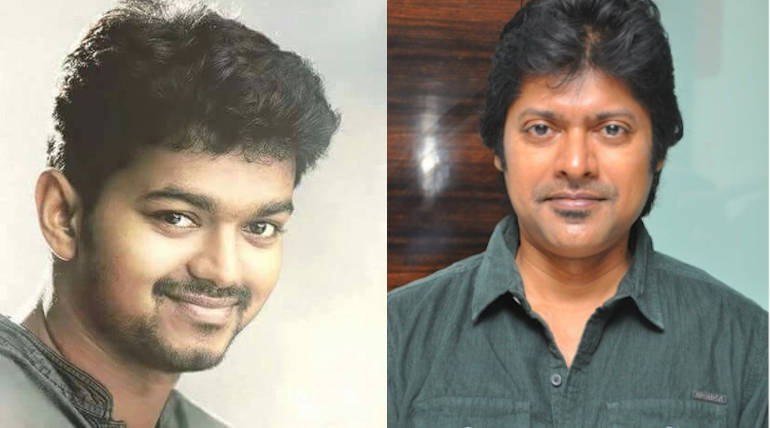 Thalapathy 65 will be Directed by the Director of Thadam

Thalapathy 65 update is out. Bigil id being running successfully in theaters since Diwali 2019. Meanwhile, Thalapathy Vijay is busy in Delhi with Thalapathy 64. Now, recent news suggests that Thalapathy 65 is about to be directed by the director of Thadam, Maghizh Thirumeni.

Maghizh Thirumeni was the director of some hit thriller movies like Thadam, Thadaiyara Thakka, and Meaghamann. After a long gap, Maghizh is believed to be back again with another thriller tale. Apart from direction, Maghizh has also been found doing some movie debuts recently. Sources suggest that Maghizh had done debuted in Vijay Sethupathi's Yadhum Oore Yavarum Kelir, which is yet to be released soon, and in Arya's Teddy.

Meanwhile, Thalapathy seems to step out from social concept movies and entering thrillers. A film with Lokesh Kanagaraj and another with Maghizh Thirumeni seems to emphasize it. If so, Thalapathy would be seen on a whole different level in the next couple of films.

Recently, Thalapathy 64 crew has been updated with '96' fame Gouri G Kishan and Andrea Jeremiah. Another source also claimed that the shooting of Thalapathy 64 has resumed shortly after the hindrance created by the Delhi Pollution.

On the other side, Bigil made a huge box office collection despite its release in Tamilrockers. Memes from Bigil in social media seem to be overwhelming and boosting the curiosity for those who haven't watched the film yet.