The Body Movie Review: Emraan Hashmi with an Average thriller 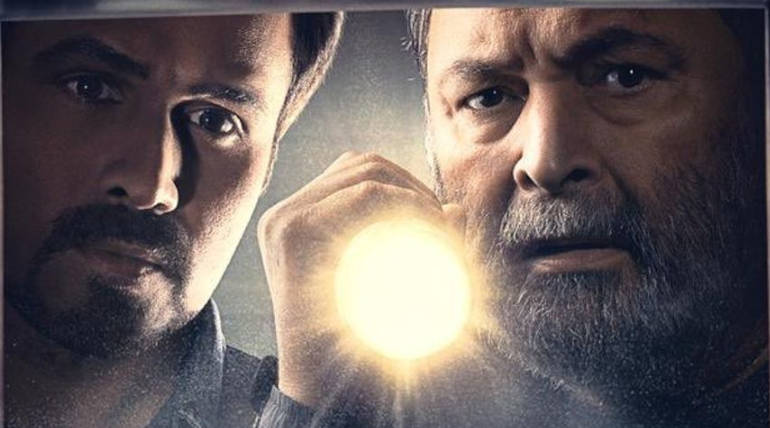 The Body Movie Review: Emraan Hashmi with an Average thriller

The Body movie review: Fails to Unravel the truth on the Bollywood screens: Who neglects to watch a thriller story on the silver screen? That, too, from the blockbuster Spanish film El Cuerpo (2012) directed by Orio Paulo. The Spanish mystery thriller looks average on the Bollywood screens as the audiences lacked grip of 'The Body' in the first half itself.

An adapted Hindi movie The Body packs the death of Shobita Dhulipala(Maya Verma) and her missing body from the confined walls of the hospital mortuary. Emraan Hashmi (Dev Verma) portrays the role of husband to the actress Shobitha as Maya Verma, who is a rich businesswoman born with a silver spoon and her husband Dev from middle-class family ties the knot becoming rich out of love. The old charm Rishi Kapoor plays as a police cop in the remake king director Jeetu Joseph's film 'The body.' The police officer dealing the case of Maya's death doubts her husband Dev as a killer and decides to unravel the truth behind the luxurious woman's nab and the missing corpse.

Though the sounds are up to the mark in the background by the music directors satisfying a thriller fiction, anyhow, the movie screenplay and direction with variations from the original lacks interest in the audiences sitting in front of the screens. The songs playing intermediate drag unnecessity romance as the thriller tale never needs up melodious beats. Debutant Vedhicka Kumar implies no gain in the movie for her role except glamour and romance with a twist calls.

Watching Viacom18's The Body without expectation exposes an average thriller movie for the weekend with good acting from the celebrities hooked up.

The Body highs in romance than unravelling the mysterious disappearance of Maya's corpse setting the film to be done more for a thrilling experience by Jeethu Joseph and cameraman Satheesh Kurup.

Overall the soul lies in The Body with a predictable thriller at the end without loops for the mystery depicting the movie as a general story behind the death of a rich marriage by Shobita and professor Emran.


The Body Movie Review: Emraan Hashmi with an Average thriller