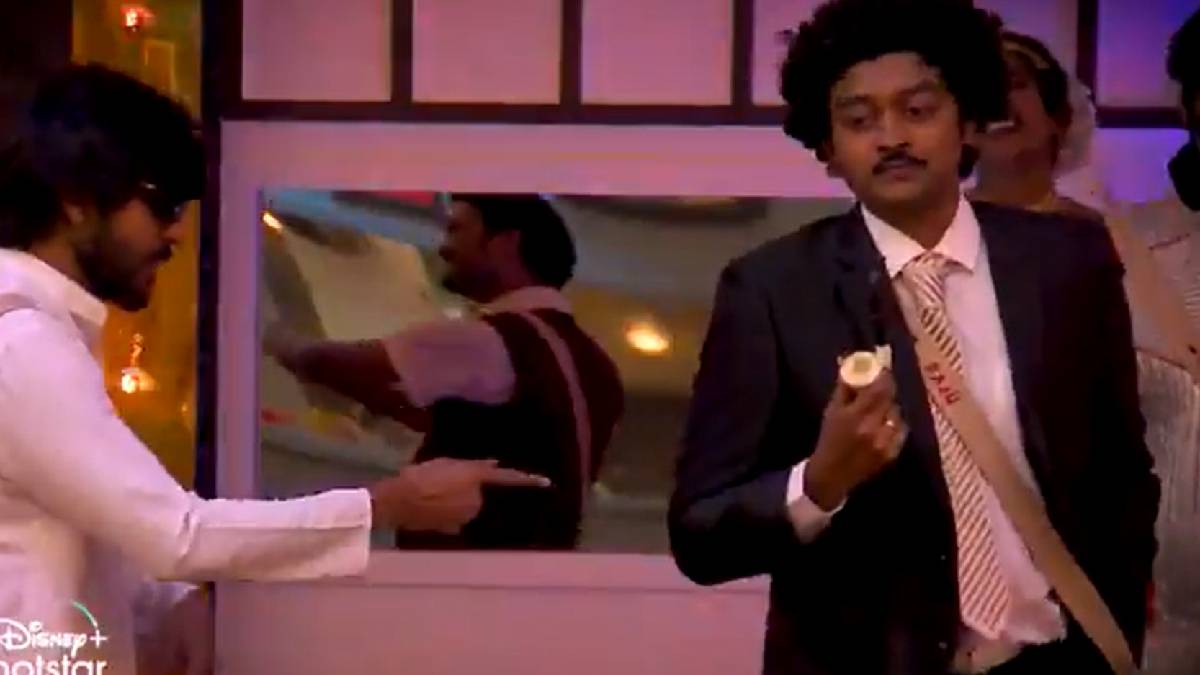 After watching the three promos of today's Bigg  Boss Tamil 5 episode, the viewers expected today's show would be more lively by the task 'Cinema Cinema.' The nomination process and the captaincy task is over in yesterday's episode.

Following this, the nomination for this week eviction was completed yesterday. Ciby, Isaivani, Akshara, Mathumita, Iykki, Suruthi, Niroop, Abhinay and Pavni have also been nominated for the Bigg Boss house this week.

This week has been declared as 'Land Week' like last week they have a week of Fire, and the spot opted for 'Land' is Bedroom. So the Bedroom is going to be under the control of Niroop, who owns the land coin. So no one should go to the Bedroom without Niroop's permission, and Big Boss has announced that Niroop can be punished if violated.

Also, Niroop has been offered a number of advantages for being the holder of Land coin, such as being able to hire an assistant and ordering them to do what he has to eat every morning. Later, he appointed Akshara, but she refused; after that, they came in for good terms and hope they both would do better.

Yesterday Niroop was lively by giving funny punishments to the housemates.  Although his activity hurts housemates, he is doing the game well, which makes the show more interesting. His punishments for Pavni, Mathumitha snd Suruthi for coming out of the Bedroom late was fun. Pavni, Suruthi and Mathumitha were asked to eat bitter gourd, garlic and chilly.

Priyanka was inside the Bedroom, and Niroop gave her the punishment to act like a child. Isaivani was in deep conversation with Pavni, Mathumitha, and Suruthi. She is expected to play the game seriously to win the captaincy task.

Following this, the task 'Cinema cinema' began, and Raju read the rules. The task was loved by all the contestants.  The punishments were as interesting as the task. Each contestant was given a cinema character, and they needed to dress up and act like that particular character.

When a particular character's song is played, that character must come on to the stage and dance accordingly. Thamarai Selvi got the character of Kovai Sarala, and her song played first, and so she danced on the stage. Following that, Ciby dances as Padayapa and Isaivani danced as Chandramuki.

Varun and Nirrop got punishment for not wearing the mike during the task. Niroop gave a task to Mathumitha and Thamarai Selvi, which aroused the curiosity of the viewers to watch today's episode. The promo showed as if they both were fighting in real, but it was just a task. At night the contestants had a good time talking to each other, and the episode came to an end.