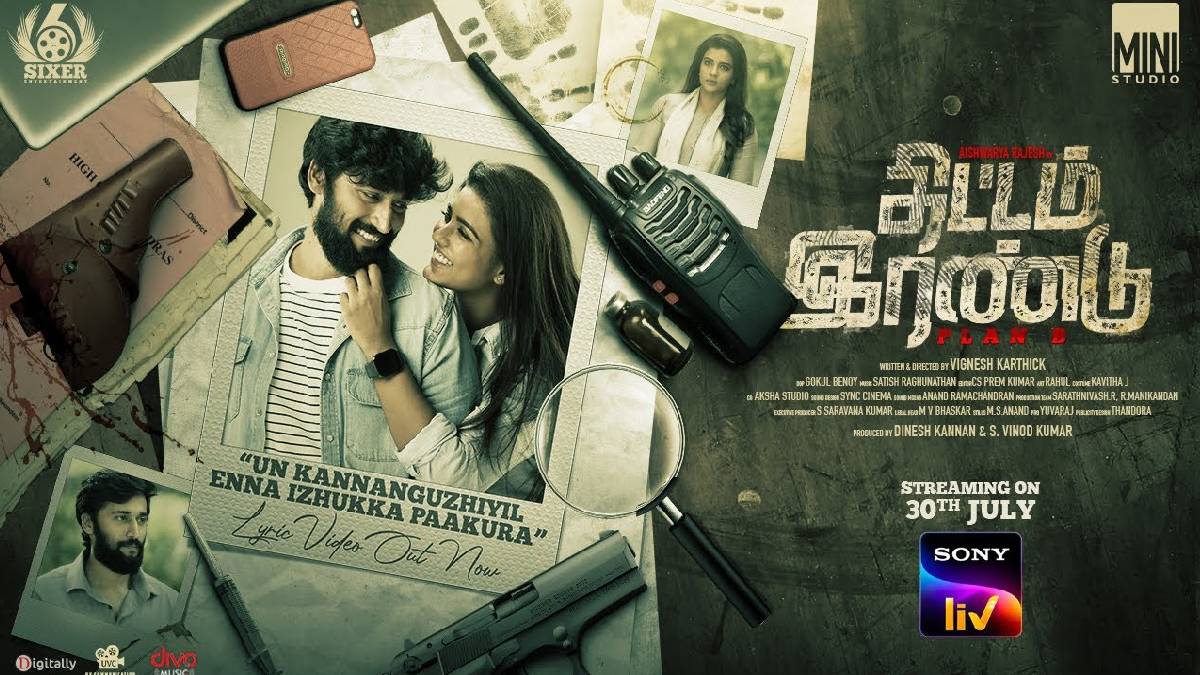 Thittam Irandu Tamil mystery thriller movie directed by  Vignesh Karthick produced by Dinesh Kannan & Vinodh Kumar with the production Sixer Entertainment & Mini Studio is released in SonyLiv today. The viewers appreciate the role of Aishwarya Rajesh, as the role is vital throughout the film.

The main characters in the film are Aishwarya Rajesh, Paval Navageethan, Gokul Anand, JeevaRavi, Murali Radhakrishnan, Subash Selvam and Ananya Ramprasad. Satish Raghunathan beautifully makes the background scoring. The BGM plays a significant role when it comes to thriller genres, and Satish Raghunathan has made the best out of it. It is one among many positives of this film.

This film has received many positive comments, but there seem few negative comments when discussed on the storyline and the characters. The story moves with two different stories where Aishwarya's childhood friend dies at the same time an accident occurs. The film travels in various dimensions, creating thrill, suspense and guess in the viewer's mind.

Aishwarya Rajesh, a police officer named Adira, meets a young man while travelling on a bus.  Accidentally Aishwarya started to like him and, they will be meeting unexpectedly in the same place after the bus travel. There occurs coincidence and love at first sight. Then an unspoken feeling and relationship blossoms between the two which flows on the other side of the film without disturbing the main story of the investigation.

Special credits must be given to Gokul Anand character for raising awareness about social and gender understanding. Gokul cinematography is closely associated with emotions such as dark scenes, stressful scenes that come in flashbacks. Satish Raghunathan's background music moves the film without losing its vibrancy the music will not let the viewers forget the foundation of the story.

Thittam Irandu has a mixture of crime, thrill, friendship, love and romance. The film holds few romantic scenes which will not disturb the other thrilling part of the story. When it comes to characters in detail, only a few characters are given importance, and the other characters are not strong as expected.

The storyline is written smart, but a few inconveniences will be felt in the second part of the story, especially while heading to the Climax. When compared to the usual  Mystery crime thriller, Thittam Irandu has some unique and different plots. Thittam Irandu (Plan B) is streaming on SonyLive, which contains a good storyline. This movie will be enjoyed by mystery and crime movie lovers. Watch the film to travel in the journey of the suspense in the OTT platform SonyLiv.