Will ticket to finale be given, save Sherin and Cheran from elimination?? 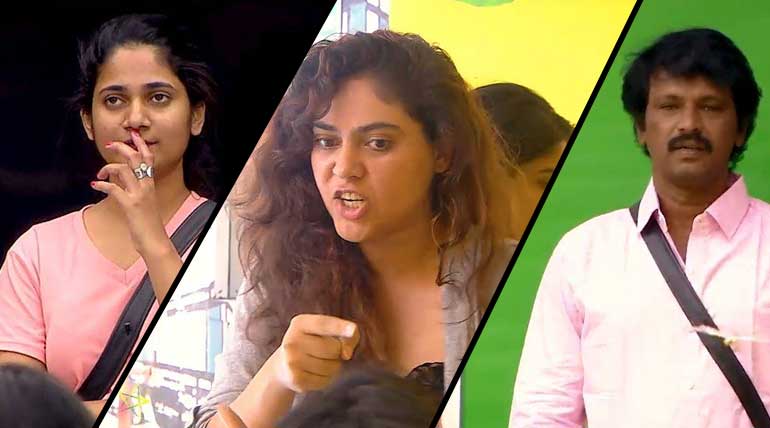 Will ticket to finale be given, save Sherin and Cheran from elimination

Bigg Boss Tamil 3 ticket to finale be given, save Sherin and Cheran from elimination?? Bigg Boss Tamil season 3 is at its tipping point. All contestants prove to be equally good, but the tasks and the points decide who will be in and ousted. Now according to our voting polls, Sherin is very near to the exit gate followed by Losliya.

Cheran already being in the evicted list may get the chance again to get evicted. All these fiasco in one side; the other side is, although Sherin, Losliya, and Cheran are the expected ousters, if they get the finale ticket will they be retained in the house amidst poor voting scale? These are the current contemplating questions among the audience now.

Cheran proves to be good in tasks which do not require physical strain. On the other hand, Sherin and Losliya could not ace up their sleeves owing to gender incapability, especially in terms of physical tasks. Tasks are balanced so far and how good all housemates perform at matter a lot.

If Sherin or Losliya goes out, one woman must continue in the house for the rest of the days as it happened in Bigg Boss season 2 for Balaji where he stayed along with other women. Quite interesting things are expected. As of now, Mugen and Sandy are leading the show with 29 points. Who gets the finale card is to be seen.

Sherin from the third place is inching close to them with 26 points. Between, the golden egg task is given. It is a midnight task given to the housemates. Everyone was enervated and was about to close the day where the Bigg boss called Tharshan and assigned the task.

All the housemates should take care of their golden egg in the garden area safely. It should be a night task. Aspirants who want to win should break others egg without their knowledge. This has put the housemates in tremendous pressure where even they hesitate to go use the restroom.