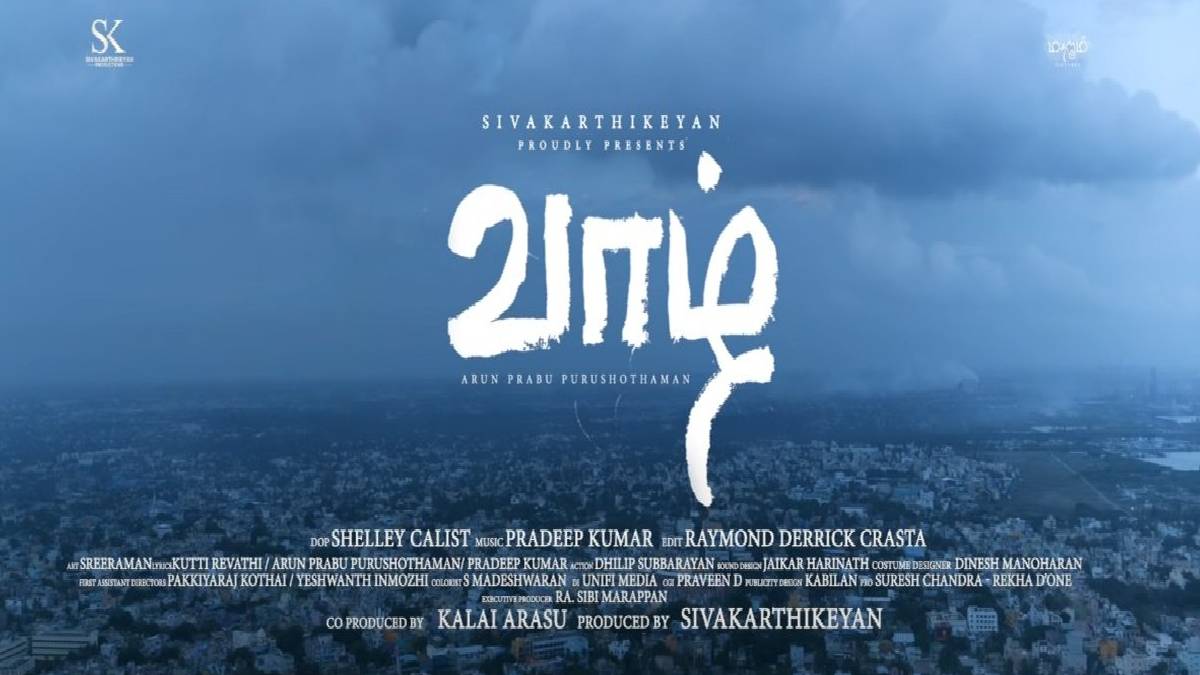 Vaalzh Tamil movie directed by Arun Prabu Purushothaman captures the hearts of photographers and travel vloggers by its few hours of watch. Arun Prabhu's early film Aruvi gained fame for his directing skill with the meaningful script. The audience who came out of the theatre was noticed with teras in the climax scenes.

The film is directed by Sivakarthiken, who has already produced notable movies like Kanaa, doctor, Nenjamundu Nermaiyundu Odu Raja and Don. Sivakarthiken appreciated the work of the director for the thoughtful and purposeful storyline of the film. Vaazhl shoots on the journey of life and explores life with exciting concepts and interesting facts.

Pradeep Anthony, TJ Bhanu, Diva Dhawan, Aahrav has done the lead role and have done justice to their part by giving their complete effort to prove their skill in acting. Each role has come out very well on-screen with no negatives nor drawbacks. The film is with a running time of 114 minutes.

When it comes to the storyline of the film Vaalzh, it is entirely about the life journey of a young IT guy and his thirst to live his life peacefully. It shares the life experience faced by a youngster in his life packed with stress, especially from the core sides of family, girlfriend and at work. The movie travels with the pressure an individual faces in his life where he waits to live his own life with peace.

The main positives of the film are cinematography and music composing. Both the categories are the foundation for this film where the cinematography and the music have balances equally throughout the film. The music in the movie is unique and refreshing as it merges with the scenes perfects with no flaws.

The composing of Pradeep Kumar is excellent as the viewers travel with the role in the journey of life. Background scoring in the main scenes, like the first meet of the hero and heroine, has come out with perfections. To be said in another way, the music almost converses with the viewers in this film Vaazlh.

Shelley Calist has done fantastic work in cinematography, where he handles the partial movie. The viewers can never find faults in the shots of Shelley. His dedication to his work can be keenly seen in every scene in the film. He almost lived in the movie. The wide-angle and the aerial shot grab the viewers' eyes, especially the photographers and travel vloggers.

The dialogue in this film is another positive in this film where the sentences are deep with meaningful words. The dialogues will make the viewers think in-depth as it can be compared to their life too. The dialogues have an intense, thoughtful meaning which reflects most of the middle-class person's life.

The major negative in the film is the second half of the film, where the movie is completely taken over by the cinematographer with significantly less dialogue delivery. This made the film a bit dragging. The length of the film was felted bit extended as the storey moves only with eye-catching scenes. The second half of Vaazhl was visually appealing and was not as interesting as the first part.

Overall the film can be watched in the experimental view, and the fans of commercial film lovers cannot enjoy it. Vaazhl is disturbed by SonyLIV on July 16, and it is streaming now.