Valimai Movie Update: S. J. Surya is Not The Villain 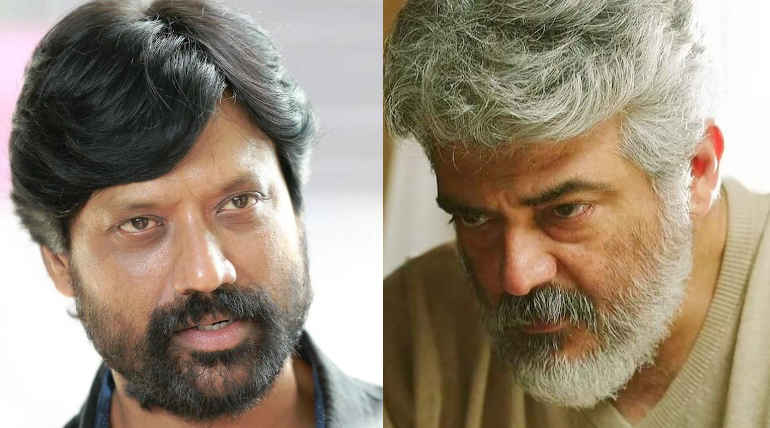 Valimai Movie Update: S. J. Surya is Not The Villain

SJ Surya, who was the director of Ajith's blockbuster movie Vaali, dismissed rumors of him performing in Ajith's upcoming film Valimai. He said he would be the happiest person to play antagonist to Ajith in Valimai if a chance is given. But so far, no one has approached him for the role, is his claim recently.

Rumors of Valimai, after its announcement on 10 October, is flying high in Kollywood. Previously Nasria and Vadivelu were rumored to be acting in Valimai, which is now proven wrong by the concerned parties.  Even national award-winning actress Keerthi Suresh was said to have come to Boney Kapoor's Chennai office, but there is no concrete confirmation of her acting in Valimai.

Will Valimai make Ajith the master collector of 2020 also?

Ajith with Viswasam and Nerkonda Paarvai became the highest ever grosser of box office collections in Tamil Nadu with a whopping 210 crores.  Since Nerkonda Paarvai was also of the same combo of Ajith-Vinoth â€“Boney Kapoor, there are talks now of the trio making it again in 2020.

H. Vinoth did his directorial job well in NKP to make it a success across all centers. Though it was a remake of the Hindi movie, he had his touch and balanced Ajith fans' requirements well in the film.  But Valimai is his story and not only Ajith's fans but also the general public much wait for the movie, which is to go for shooting from December.

SJ Surya gave Ajith a much-needed break in the form of Vaali in 1999.  It was SJ Surya's directorial debut and was a runaway hit in Tamil Nadu. It gave a new dimension to Ajith, who played a double role in the movie. He was the protagonist and the antagonist who could not speak in the film.

Simran and Ajith played the lead characters to be loved by millions of Tamil people worldwide. If SJ Surya, who successfully played an antagonist role against Vijay in Mersal and Andhra prince Mahesh Babu in Spyder, will be a real treat if he is roped in the antagonist role in Valimai.