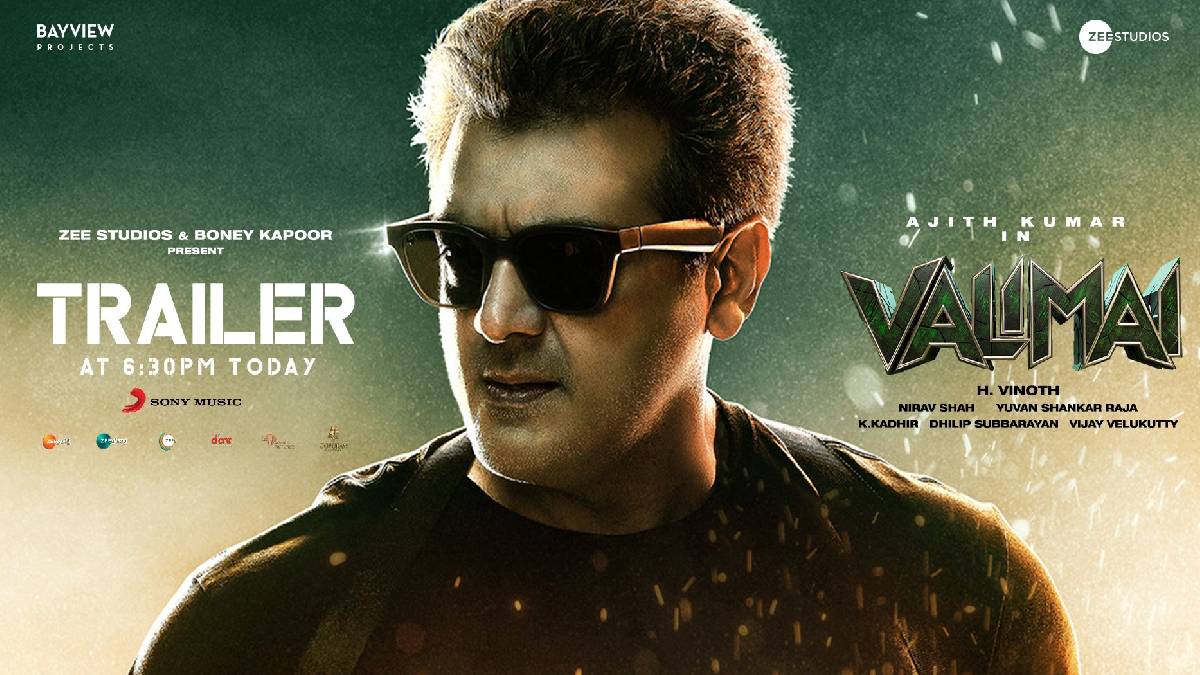 The long waited Valimai trailer is going to hit the trend today at 6.30 pm. The official announcement from Zee Studios and Sony Music has come out. Ajith fans are so excited to watch their hero in action mode after a huge break. The recent updates of Valimai gathered a massive response from the audience side.

The Valimai movie updates were the most talked about hashtag on 2020 and 2021 among the entertainment fans. When the fans were saddened with no Valimai updates, the movie crew came with super cool updates in a continuous flow. The fans were energized with every single update and celebrated the songs, motion pictures, glimpses and making of Valimai.

The first update was the motion picture with the stunning music of Yuvan Shanker Raja, and then came the Naanga Vera Maari song, then the Valimai Glimpse, then the second single Mother song with Sid Sriram voice, then the Making Of Valimai and at lastly the whistle theme. Today, the most important update has come out on the Valimai trailer with all these updates.

The fans are super excited to watch the Valimai trailer, and as announced, the movie Valimai will be released in Pongal 2022 that is on January 13. The competition for Valimai is huge as the RRR and Radhe Shyam is releasing in the same week. Both the movies are directed by famous directors simultaneously, and the lead roles are also played by big stars.