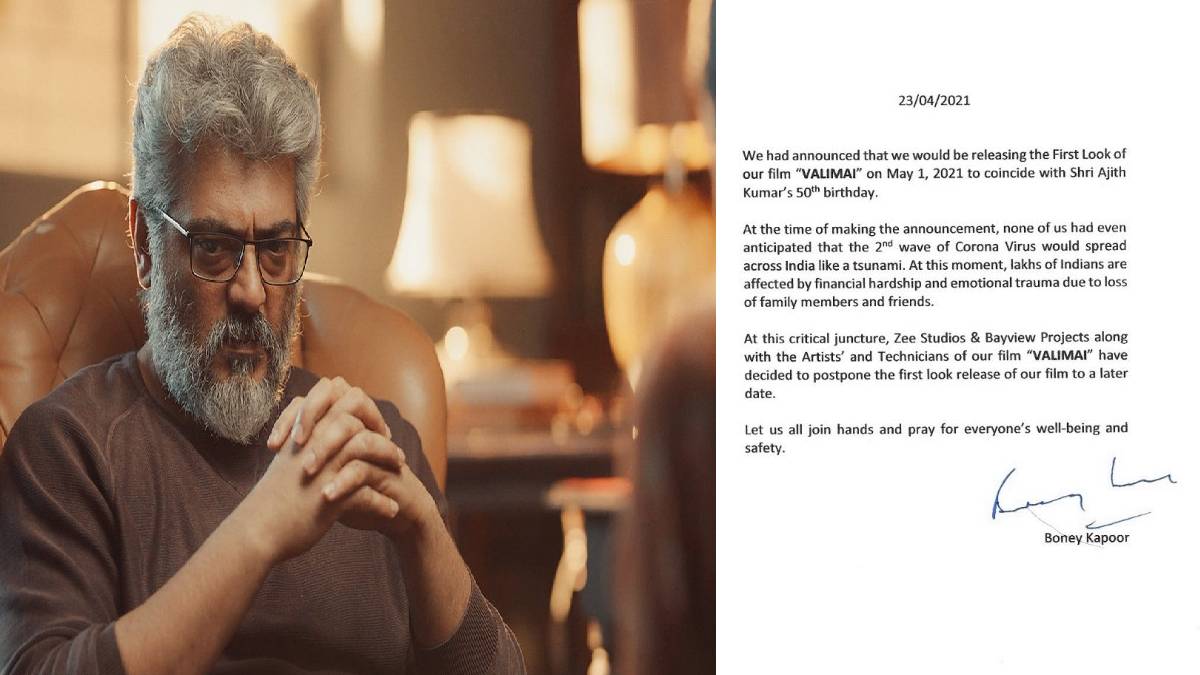 Valimai First Look is postponed due to COVID 19

Thala fans drooped down after the announcement of the twisty Valimai update. The first look poster release date of Valimai date was postponed from May 1.

The fans were initially very much excited after knowing the first look poster release of Valimai but the recent tweet from the Valimai team saddened the vibes of the fans.

Valimai update is circling with a hashtag among the fans, and the word became so familiar now. The expectation for this film among the fans is at its peak.

The fans cannot be blamed for their expectations as the hashtag Valimai team has rooted in their hearts. Valimai will reach the hearts of the fans and is expected to gather a massive range of positive responses.

Actor Ajith has postponed the First look poster released of the Vlimai considering the common people. The increasing of Covid 19 cases is disturbing the peace of the people bt sucking the lives.

And so the movie team has decided to postpone the update. Fans started to raise questions about the postponement of the updates. The first look poster will be released only through media, but still actor Ajith changed the release date.

It is said that Ajith postponed the date because he doesn't want to celebrate the film amidst hearing the death of so many people who died out of Corona. Rather be safe and pray for the departed souls.

Ajith fans are still waiting with patience for the other updates because Ajith's birthday is a celebration for them. Let's wait for the next update of Valimai to join the hands with the cast and crew.