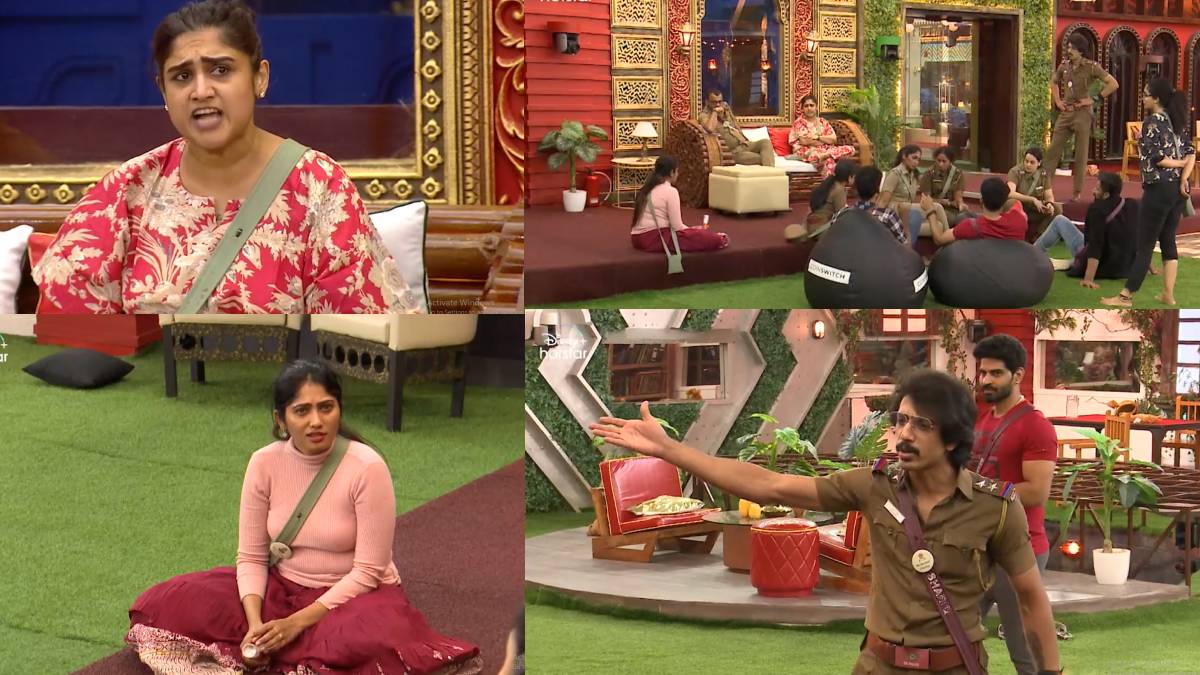 Bigg Boss Ultimate is coming up with different tasks and surprises the fans with other titles. In yesterday's episode, Vanitha Vijayakumar received the trending of the week title. She was screened as a Thug Life contestant with shades, Belt and a cap. Vanitha is going trend often by her roughness inside the Bigg Boss Contestants.

Bigg Boss Ultimate is forwarding with good reach among the viewers. The 24x7 viewers are getting more entertained in more than one-hour episode watchers. The contestants are more active, and most of the housemates inside the house are challenging and strong players both physically and mentally. Balaji Murugadoss is giving his best in the show, and his fan base is increasing in the outside world.

At the same time, Julie receives good support from the viewers. Vanitha Vijaykumar has no change. She still argues for if she feels right and others disagree. Her coffee issue was in talk for almost three days. The housemates and the viewers feel as if she is dominating the house. When Vanitha enters the scene, then there will be a conflict for sure.

Since Vanitha was trending last week, Bigg Boss gave her a Belt and costumes of Thug Life. In today's task, the housemates are playing police and thief in which again, a new clash happens with Vanitha. Balaji, who is sportive, broke Vanitha's Belt while playing the game. This took Vanitha's temper to the next level.

Following this, Vanitha quits the game and changes her dress from a Police costume. She rudely behaves with Julie for putting her perfume in water. She also argues with Shariq when he shoots his point. In some scenes, it looks like Vanitha is being selfish, and she denies other opinions. Watch Bigg Boss Ultimate 24X7 Streaming on Disney Plus Hotstar.