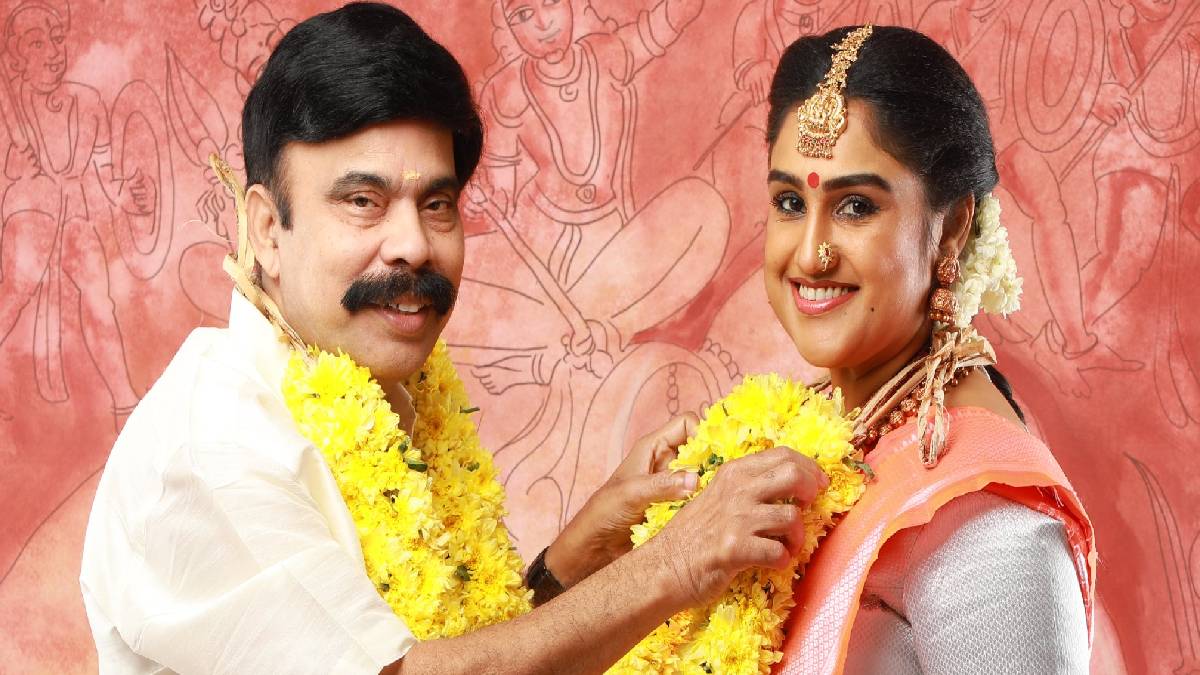 Vanitha Vijaykumar gained attention from the famous Big Boss show. She has already been married twice and divorced and became entangled in controversy by marrying Peter Paul for the third time during the Corona curfew last year. The photos and videos of their wedding were going viral on social media with greetings and controversies. A few days later, she divorced him, saying that he was a drunkard and caused more trouble to her.

She is currently busy committing to a lot of films. And she is showing in the BB Jodigal show on Vijay Television by showcasing her talents. Moreover, she is running a successful youtube channel on her own which gains separate attention to her.  Vanitha was heavily criticized for her personal things beyond cinema. And at present, the news is that an astrologer has predicted that Vanitha will definitely get married for the fourth time and that the person's name will start with the letter S. But Vanitha denied this.

Actress Vanitha has posted a photo of herself with Powerstar Srinivasan on her social media page. Many fans have been commenting on wedding greetings. But at the same time, it is being said that this photo is not about Vanitha's marriage; instead, it's a photo from the upcoming film with  Powerstar Srinivasan.

And this photo is going viral on the social website. But there are no other captions or updates on the posted pictures that have been going viral on social media. Marriage talks began since the prediction matched with the image and the first letter of the Powerstar Srinivasan.