Bigg Boss Vanitha Vijayakumar is back - Vanitha on Nisha speech. 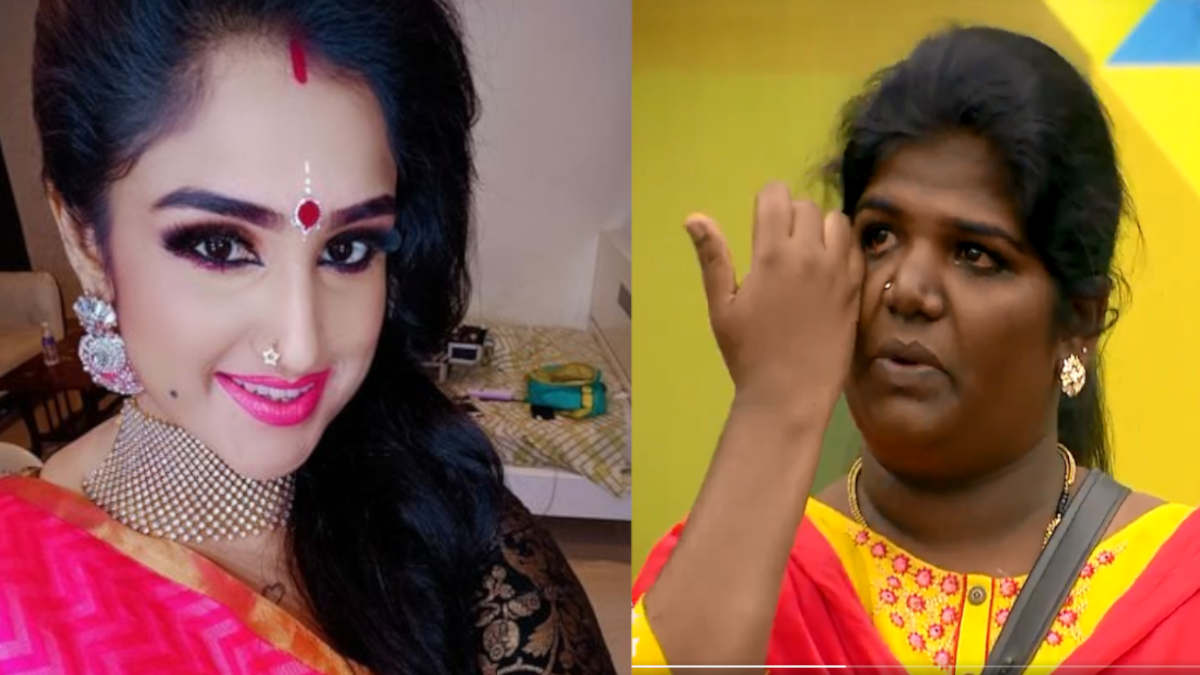 While tracing the heart symbol, Anitha said Nisha reminded her of her mother and broke out in tears. Nisha gave a speech about the struggles she faced by reason of her skin color. These two things made netizen to go gaga on their heritage.

When Anita Sampath gave her Heart symbol to Aranthangi Nisha, she gets emotional, mentioning her mother, who is also black. She stated,  "She had an inferiority complex about her dark skin. She doesn't wear jewels, which makes her even more darker. She hasn't attended any of my School parents' meetings, considering her outer appearance." which reminded us of our mothers who are inferior for being ignorant.

In another task, Nisha shared her life path with housemates. She was ridiculed for being black. She never received love or attention because of her skin color, Even though she achieved high by equipping herself. She added, " The humiliated one is more successful than the beautiful one. The more I am insulted, the more I will succeed. don't let that degradation to keep you down. " She gave everyone goosebumps through her speech.

Vanitha Vijayakumar, who competed in Bigg Boss Tamil Season 3, took the show to another level through each of her rivals. She was nicknamed 'Vathikutchi Vanitha.' She had a separate fanbase for her arguments. At the beginning of this season, there were some demands that Vanitha should come for this Big Boss season as well.

Vanitha Vijayakumar tweet proves she is closely watching this season. After these two speeches, she tweeted, " Black is beautiful. Please stop shaming women for being dark, short, Fat, and call them ugly. Beauty is beyond that." supporting Nisha.

The male version of Vanitha

Fans are also commenting that Suresh Chakraborty, who has started the fight on the first day of the season, as "Ambala Vanitha."  He has been given the title because he is constantly fighting with Shivani Narayanan and Anita Sampath.

Black is beautiful...please stop shaming women for being dark,short,big made and call them ugly...beauty is beyond that...and all the women and people out there being ashamed of ur appearance isn't right...god made us all beautiful...beauty lies in the eyes of the beholder... pic.twitter.com/mwbGdgX7kK