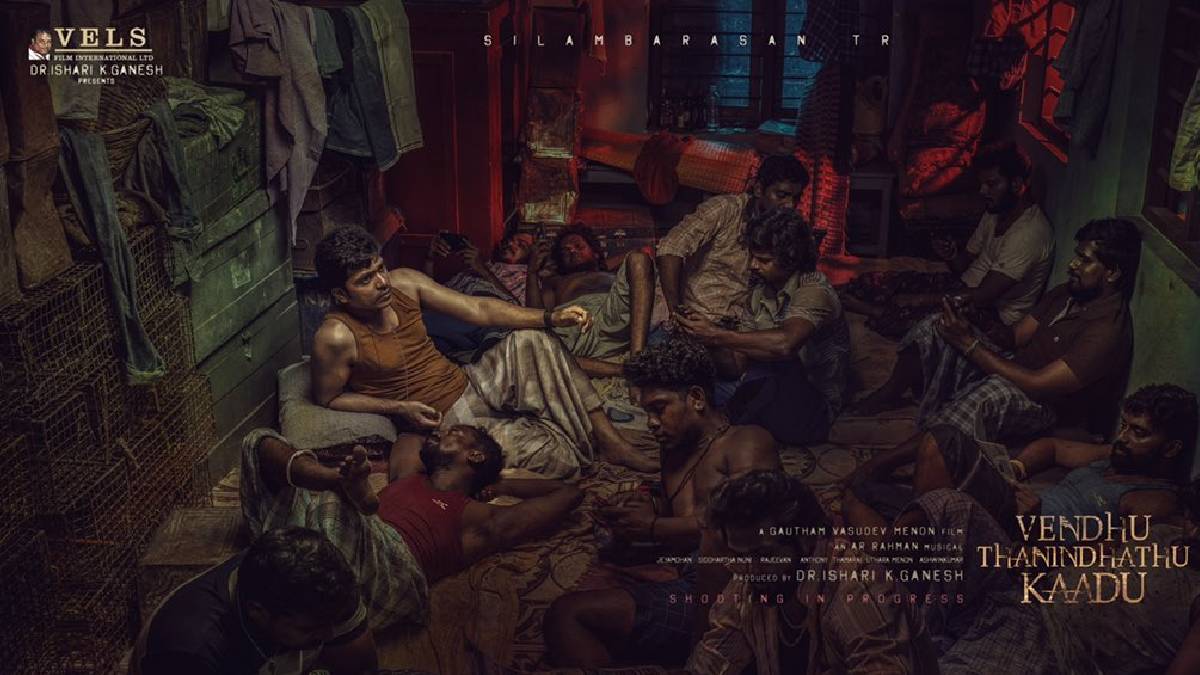 The second look of actor Simbu's upcoming 47th film 'Vendhu Thanindhathu Kaadu' was released a while back and shocked the viewers.

After the success of the film 'Achcham Ennathu Madamiyada' directed by actor Gautam Menon, the movie 'Vendhu Thanindhathu Kaadu' is coming together again with the combo of Simbu and Gautham after five years when the First Look poster was released, Simbus fans were confused whether to celebrate the joy or to feel sad for the hard work he had made for his fans.

By looking at the first poster of the movie Vendhu Thanindhathu Kaadu itself, it clears that Simbu and Gautham Menon are getting back with a different story, this time apart from love. The film Vendhu Thanindhathu Kaadu has great expectations as the first and the second look poster as STR has done great hard work physically. At the same time, it is expected that the film will create a special identity for Simbu.

While the first phase of shooting for the film Vendhu Thanindhathu Kaadu has been completed in Thiruchandur, the second phase of the film shooting is said to have started yesterday. A few photos which were taken in the shooting set was going viral on the internet.