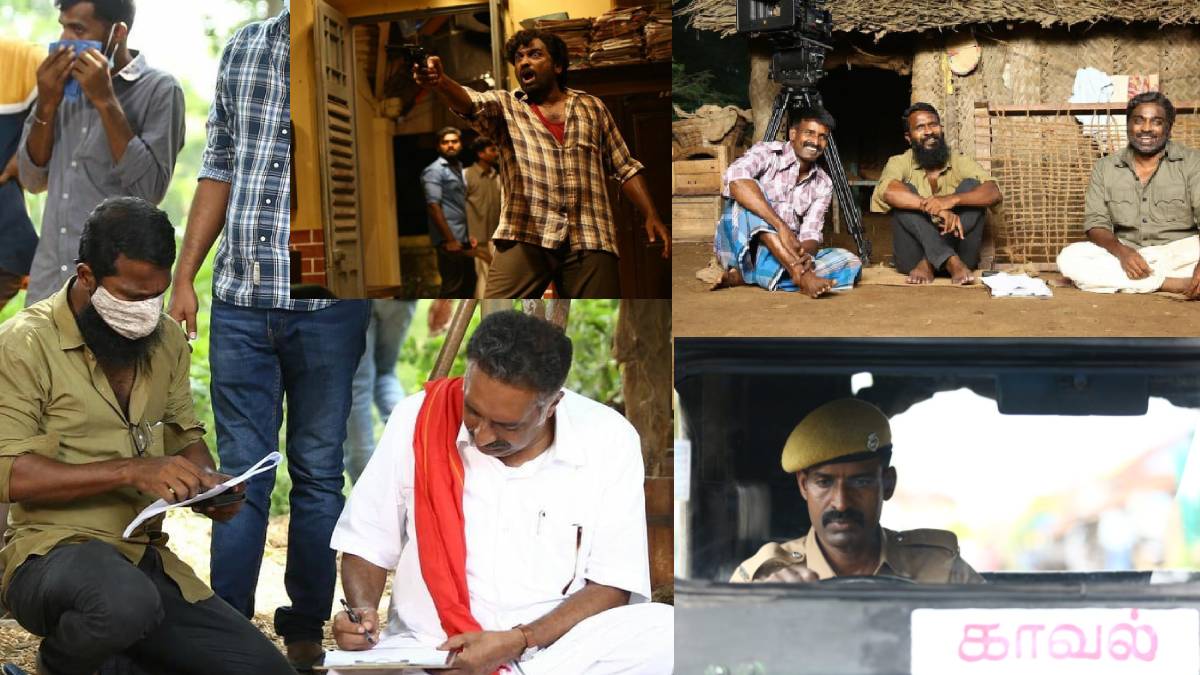 The latest still from the movie viduthalai is released. Vijay Sethupathi and Vetrimaran fans share the photos that go viral with #vijaysethupathi #vetrimaran #soori.

Viduthalai upcoming Tamil movie is directed by Asuran director Vetrimarn. Elred Kumar produces the movie under the banners of RS Infotainment. It is said that this movie is adapted from 'Thunaivan', a short story written by Jeyamohan. Only a few characters names are announced officially.

Soori has been given a lead role in this movie as a Military man. The posters of that were going viral in the initial production of the film. Vijay Sethupathu is doing the role of a teacher. The known characters in the movie other than Vijay Sethupathi and Soori are Gautham Vasudev Menon, Bhavani Sre and Prakash Raj.

Following this, Vetrimaran fans are waiting for the updates of the Vaadivasal starring actor Suriya. At the same time, Suriya has announced his collaboration with director Bala. Nandha and Pithamagan are hugely successful movies under the collaboration of Suriya and Bala.