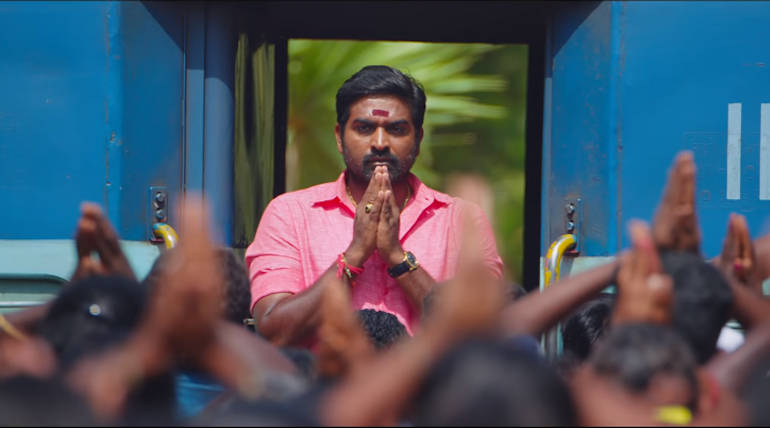 Sanga Thamizhan is getting released tomorrow, November 15, 2019. Despite a regular Friday rather than a festival time, Sanga Thamizhan's movie online booking seems already filled the theaters.

The theaters across Tamil Nadu have opened online bookings for the movie. While the fan base of Vijay Sethupathi seeking highest peeks in Tamil Nadu, his star value seems to have increased in Telugu through Sye RAA Narasimha Reddy. Hence, Sanga Thamizhan is getting released in both languages now.

A recent interview by Sanga Thamizhan's Director, Vijay Chandar, states that the movie is ultimately a political journal that has never done by VJS before. Rumors and leaks have already set the fans of VJS on fire, and other information about VJS's dual role in Sanga Thamizhan has only fueled the flame.

Even though Vijay Sethupathy is leading the concept, Raashi Khanna, Nivetha Pethuraj, Nassar, Ashutosh Rana, and John Vijay are believed to help the story to get a soul. It was evident from the trailer that Sanga Thamizhan is an action blockbuster. The director also believes that this movie will undoubtedly boost the star value and carrier of VJS, and this is going to be a wonderful entertainer.

Lyrical videos of Sanga Thamizhan were already out and wandering across the internet. Mervin Solomon and Vivek Siva backed the movie with their musical talents. Another thing that makes clear from the trailer is VJS is using a lot of punch dialogues in this movie, where the director assured a new level VJS.