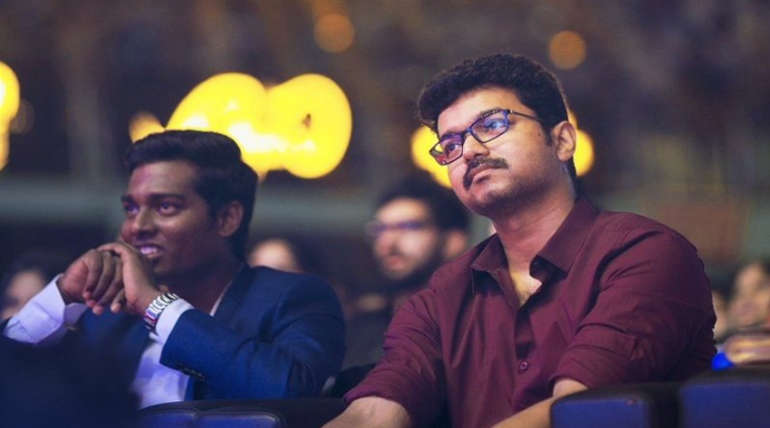 Thalapathy 63 is expected to be a giant explosive on its way to blast on Diwali. The film appears to be a sports-oriented movie.

In a Bollywood article, it is mentioned that the film is definitely expected to be a massive arrival. It is of high significance that the film is capable of competing with any sports film that was released so far.

Vikatan, the renowned article that was supporting and encouraging  Vijay films has published an exclusive article about Thalapathy 63â€™s story. The article revealed the maximal screenplay.

Kathir has played an exclusive lead role aligning with Vijay as a friend.  It is found that Vijay and Kathir are the athletes passionate about football. In order to forbid their growth Kathir gets assassinated by Villainâ€™s ploy. Vijay takes up the role of a sports coach. The storyline says that the second half of the film is fast moving and more intriguing. It displays the strategies handled by Vijay to take revenge over the Villains and his hostility to accomplish his teamâ€™s victory.

After a long time, Nayanthara gets paired up with Vijay and renovates her in a playful character. Also, it is said that she is the only heroin appearing in the whole film. Nayanthara and Yogi babu are said to handle the commercial aspects of the film. Daniel Balaji is found to play the role of Villain.

It is declared that the film concealed the parts of north Madras and partly in SRM College, Chennai. It is said that the director Atlee took an international trip to plan on locations for action blocks in the film. Likewise in previous films, it is expected Thalapathy 63 is also going to interpret the concept of Revenge. The film is said to have incorporated the notions of internal politics in sports.

It is said that the climax of the film is yet to be shot in EVP Studio Chennai. The crew had planned to settle the shoot by end of July and work on post-production activities.

The film is to be released by AGS productions with musical composition by A.R Rahman.