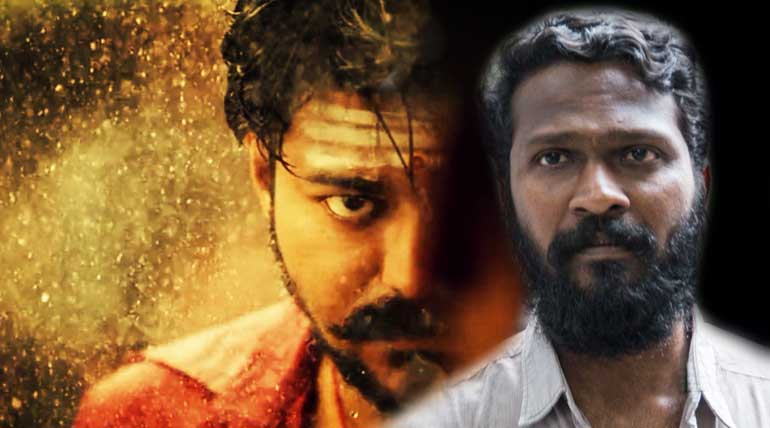 Vijay Thalapathy65 Director Vetrimaaran? Talk of the Town Now: Vetrimaaran is to direct the Vijay's Thalapathy65 movie is the rumor once again doing the rounds in Kollywood now. Already in 2018, there were similar rumors but remained only rumors.  But this time there are confirmed sources saying Vijay has okayed Vetrimaaran's story and both of them are sure to come together for Vijay 65 in 2020. There are even rumors that preliminary work for the Vijay 65 has started rolling and will be ready for shoot soon.

Vetrimaaran is the most successful and highly acclaimed Tamil film director in recent years. He has given back to back successes and also won many accolades worldwide. Vijay is the undoubted mass hero of today's generation. Both to unite will bring magic on the screen for the Tamil people worldwide.

But there were similar talks in 2018 also but did not materialize.  But now Vijay to complete shoot of Vijay 64 with Lokesh Kanagaraj, is said to have heard the story from Vetrimaaran.  The rumor mill is abuzz with Vijay and Vetrimaaran are to join together.

Vijay, for his next film, Vijay 64, has chosen a successful young director Lokesh Kanagaraj. It is a sign to do movies of quality than to project him as the mass hero even now. Hence this time, the rumor could gain strength as the Vijay-Lokesh movie is said to hit the theaters during the 2020 summer holidays.

Also, Vetrimaran has not yet committed to any new film after the great hit of Asuran worldwide. There were talks of him to combine with Surya, but nothing concrete has been announced officially.  Many people liked the story, and many did not, but none was against the directorial skills of Vetrimaaran in Asuran. Hence Vijay fans will be in the jubilation mode now to confirm if the rumor of Vijay 65 with Vetrimaaran is true.