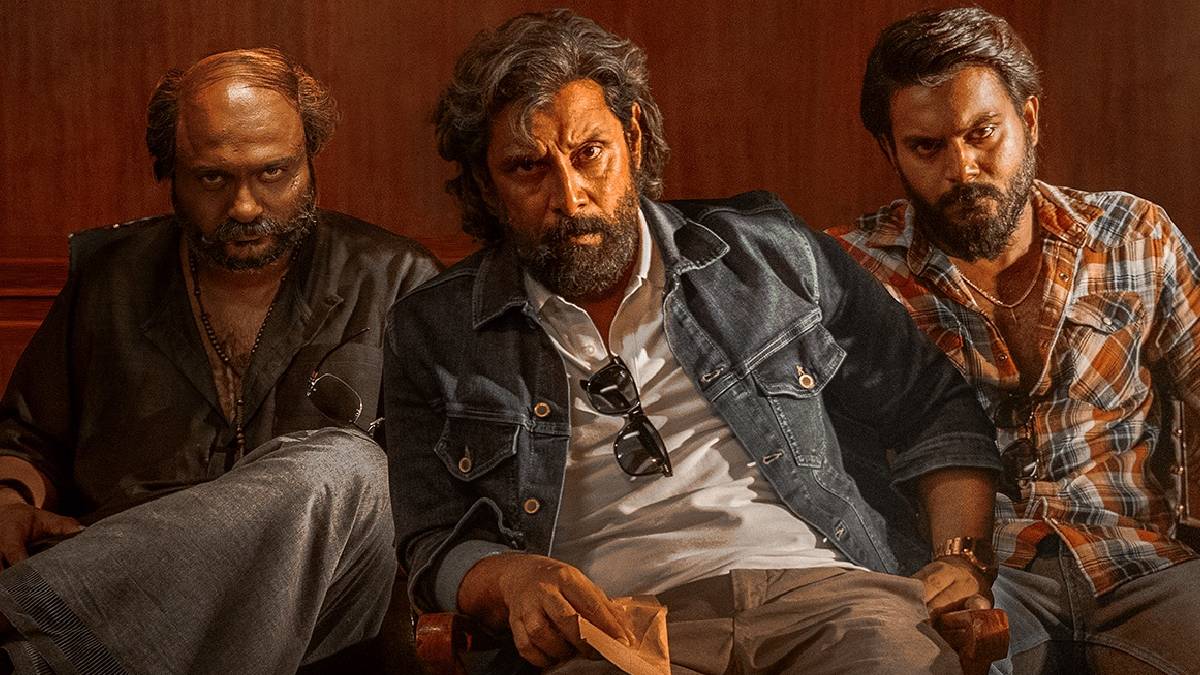 It is worth mentioning that the first film starring Vikram and his son Dhruv Vikram together, ‘Mahaan’, generated huge anticipation. Especially after Karthik Subbaraj directed the film, the anticipation for this film among the fans increased even more. As announced by the movie team, the trailer of Mahaan is released today.

Mahaan trailer has hit the trend now with heavy positive comments. The two-minute trailer features mass scenes of Vikram and Dhruv Vikram and scenes of Simran and Bobby Simha appearing. The trailer is come out with actions and a good transformation role of actor Vikram. Simran acting was good in the trailer. Dhruv Vikram was good looking and smart as always.

Recently the teaser of the Mahaan movie was released, and it was realized that the Mahaan movie would be a different film from the Karthik Supuraj movies that have come out so far. In this case, the fans are amazed about the things happening in the trailer that is currently being released.

Santhosh Narayanan has beautifully composed music. Shreyaas Krishna does the cinematography with the edit of Vivek Harshan. The production company is Seven Screen Studio and is distributed by Amazin Prime Video. The movie is set to release on 10 February 2022.