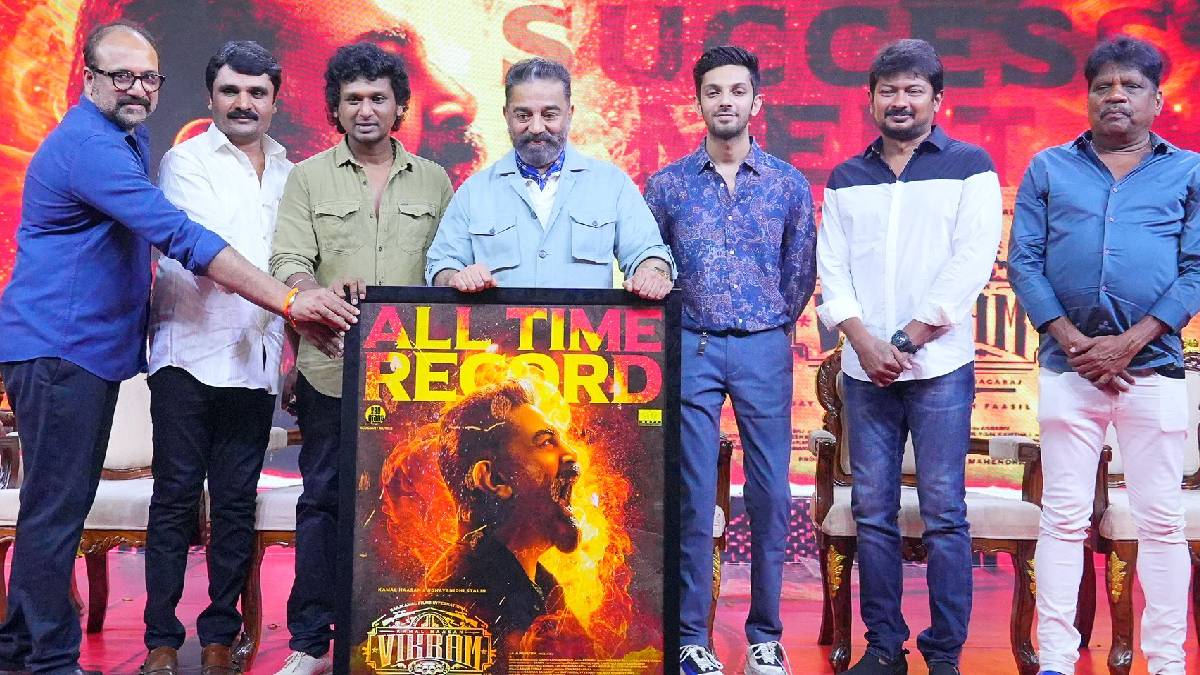 Vikram movie has not trending with the hashtag  Vikram All-Time Record. Vikram movie was released on June 3, and three weeks have passed, and the movie is still roaring in all theatres. The family audience is still enjoying the Vikram movies in theatres.

It has been reported that the movie 'Vikram' starring Kamal Haasan, has broken the box office record of the movie 'Baahubali' in Tamil Nadu. Vikram has now overtaken Bahubali 2 in 17 days, which was the highest-grossing film in Tamil Nadu in the last five years. Overseas, it has collected over Rs 120 crore.

The music for this Vikram is Composed by Anirudh. Credits are following for Anirudh for presenting amazing songs. Currently, the film is on a good hunt for collections as well. In this situation, Vikram has amassed the highest gross on the first day among the films starring Kamal. According to reports, Vikram has a large movie collection in Tamil Nadu. It has been reported that 'Vikram' has broken the box office record of 'Baahubali' in Tamil Nadu.