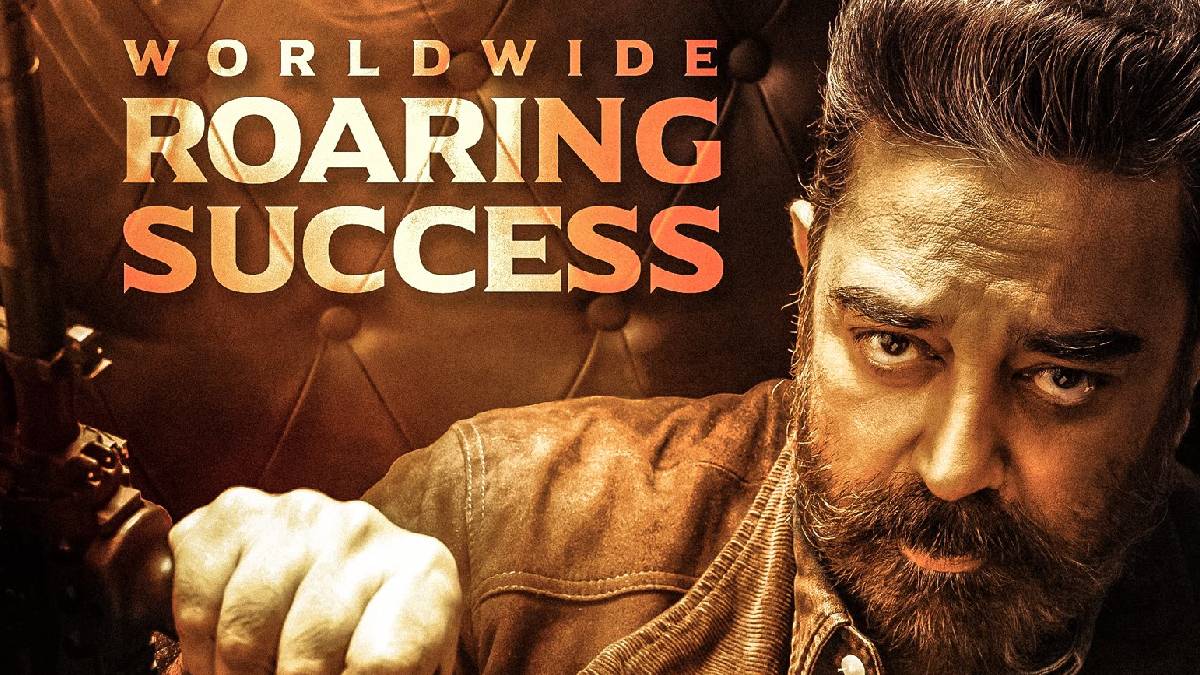 'Vikram', directed by Lokesh Kanagaraj and starring Kamal Haasan, Fahadh Faasil and Vijay Sethupathi, has grossed over Rs 100 crore in India in just three days of its release. Globally, it has collected over Rs 150 crore.

'Vikram', directed by Lokesh Kanagaraj and starring Kamal Haasan, Fahadh Faasil and Vijay Sethupathi, was released on June 3. The music for the Vikram movie was composed by Anirudh, and the film also stars actor Surya as the main character in Climax. The fans well received the film from the first day of its release.

All the theatres in Tamil Nadu were overflowing with fans yesterday as it was the weekend. Also, on behalf of the Government of Tamil Nadu, permission was granted to screen special shows for three days from the movie's release date. 'Vikram' grossed Rs 32 crore in India alone on its first day of release, and globally, it has reached Rs 48.68 crore.

In this case, the film has grossed over Rs 100 crore in India alone within 3 days of its release. It has collected over Rs 150 crore globally. Many business advisers are saying that 'Vikram' will be the highest-grossing Tamil film of 2022. The reason is that the holidays are over, and the theatres are still full, even today.

Vikram has grossed over Rs 15 crore in 3 days in Kerala, setting a record unprecedented in any Tamil cinema. The film has grossed Rs 3 crore in Telugu-speaking states and Rs 3 crore in Karnataka. The movie's success is beyond expectations. The fanboy credit for Lokesh Kanagaraj is flowing for Lokesh from the day of release. The credits and praises are flowing for the entire Vikram movie team. Vikram Roaring Success hashtag is trending on social media.