Vishal Next Movie Titled as Chakra 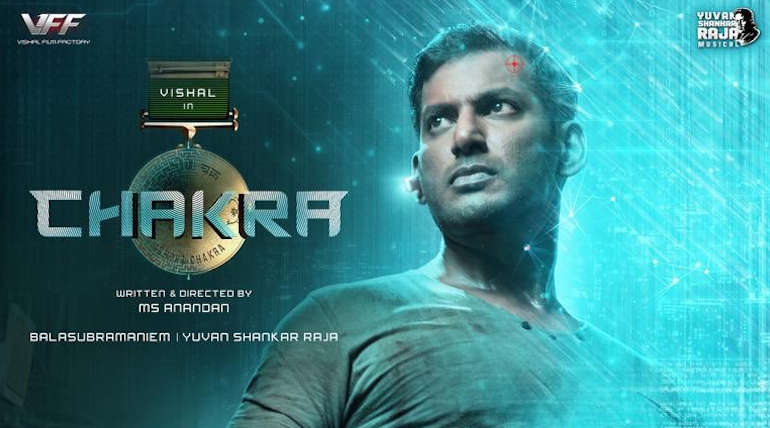 Vishal Next Movie Titled as Chakra

It seems Vishal likes to keep the flames burning. Vishal starring 'Action' movie is just entered the silver screens on Friday, November 15, 2019. A new crew has released an update on the next film of the Action actor, today morning, and the movie has been titled as Chakra.

Meanwhile, it is not a surprise for his fans as Vishal retook the Army person's character in this movie. So, we can simply term him as next-generation 'Action King Arjun.' His recent film, Action, just screening across the state as a spy movie. And the upcoming Chakra is believed to be like a patriotic film with family sentiments and action sequences.

MS Anandan, a debutant, directing Chakra. As per the first look released by the team, Yuvan Shankar Raja is scoring the background and Balasubramaniam doing the cinematography.

Like the previous film Irumbu Thirai, Chakra is believed to be revolving around such type of story again. Another source said that the team had used many advanced film making technology for Chakra.

After Nerkonda Paarvai, Shraddha Srinath has been locked with Chakra in a lead role and done a cop role along with Vishal. Regina Cassandra has also been acted in the female lead.

Like some of his previous movies, Vishal undertook the production funding with his Vishal Film Factory. The team of Chakra also confirmed that this movie would be getting into the screens by February 2020. On the other side, Vishal's Thupparivaalan 2 is still before the cameras of Mysskin and refilling the film pockets of Vishal for the next year.