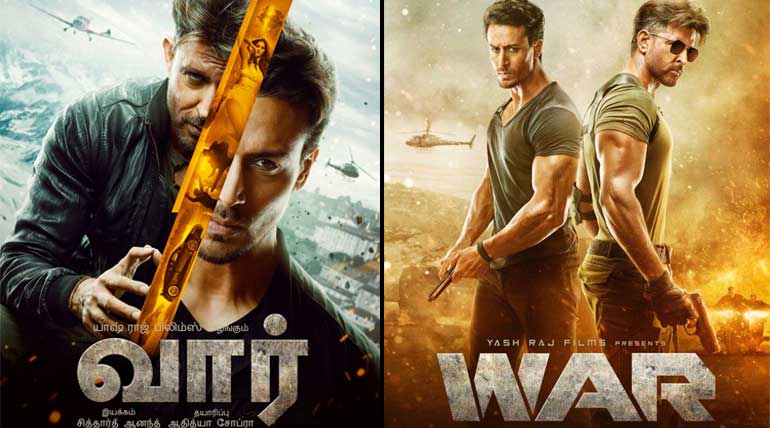 "WAR" movie lead by Hrithik Roshan and Tiger Shroff had a brilliant start and was applauded more than expected. Yesterday it hit the screens and fan-base were swarming the theatres. Hrithik's fan base extends worldwide, and Tiger Shroff has his own fiefdom to rule.

The movie has been released on 4000 screens and has collected around Rs 53.35 cr. This figure is three language collections (Hindi, Telugu, and Tamil) whereas Tamil and Telugu together contribute Rs 1.75 cr.

Director Siddharth Anand is super happy with the response from the audience. Speaking to media, he said, "Not a cakewalk for us to direct with the two greatest heroes. The psychology of the people cannot be overlooked. Huge expectations will be set. The response is like tossing a coin; "never before hit" or "never before flop" and equal chances.

Really happy to receive such a stupendous response from the audience. The movie is blended with high visual experience, action fused with romance, the right mix of leads and casts, and helmed forward.

This film also featured Vani Kapoor and Ashutosh Rana. Anand has already worked with Hrithik in Big Bang which collected Rs 27.5 cr. Baaghi 2 was Tiger Shroff's previous movie, and the collection was marked as Rs 25.1 cr.

"Super 30" was Hrithik's last movie and first-day collection was graphed at Rs 11.83 cr. Tiger Shroff has a difficult lane this year to stride where his movie "The student of the year 2" didn't strike the chord.

It is expected that "War" will turn his luck upside down. It contoured the story of an agent Khalid (Tiger Shroff) who had vengeance towards his former mentor Kabir (Hrithik Roshan) looks for the right time to kill the mentor.

Locations are cinematographed spic and span, and romance was designed beautifully amidst tensions. Overall the movie has laid the path for the thunderous weekend. Reviews and ratings were between 2.5-3.5 out of 5. But watching the movie on screen only can give you the personified rating.