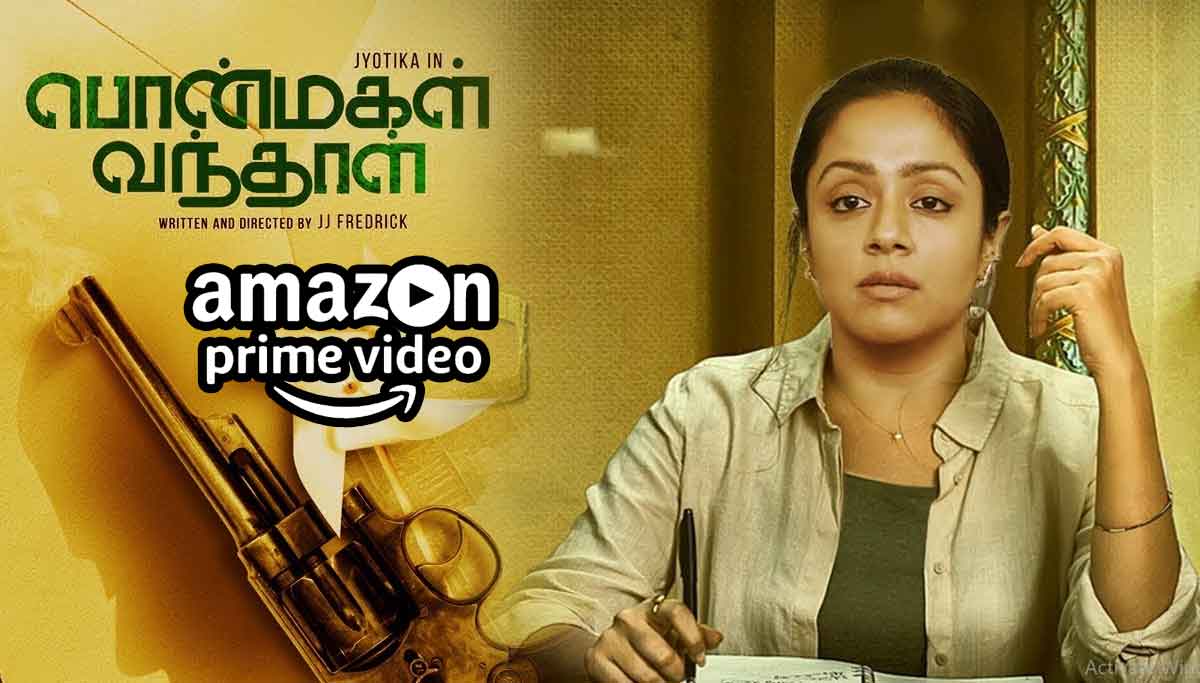 Almost all parts of the economic routine halted due to the CoronaVirus curfew. The 2D Entertainment's Ponmagal Vandhal faced several legal controversies from the Theatre Association due to their OTT streaming decision.

Though theatres and Producers are in huge dilemmas regarding the online streaming of movies to cope up the lockdown money clash. Finally, Jyothika's movie meets the audience via Amazon Prime Video on May 29, 2020.

Directed by JJ. Frederick, under Surya Sivakumar's banner 2D entertainment, is a women heroic drama. Though the release is a relaxation for the producer and people during the lockdown, the crisis after normalcy is a huge question mark for 2D, Studio Green banner movie yet to be released in theatres.

It's just a half-day enough for movie piracy in OTT:

Tamilrockers are the real business enemies for the cinema industry for pirating crores of investment in a fraction of time. Generally, it takes nearly a month for the piracy masters to release Original HD Print copies links of new movies on their website.

But in movies releasing on OTT platforms like Netflix and Amazon Prime Video, it's just a half-day required to spoil the whole team's hard work. Recently, Avengers fame Chris Hemsworth Extraction movie released in Netflix, a month ago, was immediately released by the Tamilrockers with multiple audio, UHD and 5.1 prints on the same day hitting hard on collection.

Moreover, the Ponmagal Vandhal movie streaming from May 29 in Amazon Prime Video and yet to release Keerthy Suresh's Penguin amidst lockdown will face a huge survival crisis due to the piracy.

Though Amazon is utilizing the lockdown to stream theatre movies, it will be an unsolved question for OTT platforms to manage the cost post lockdown too. But the Theatre Association clearly states that obviously there will be a postponement in releasing the movies under 2D, Studio Green banners after lockdown.

If not mutual clearance between Suriya and the Theatre owners association, then Soorarai Pottru movie will face hard time to hit big screes. As per the source, If the Soorarai Pottru team is planned to release on a big screen, it is expected to be almost a year delayed due to the theatre and producer controversy.

To be specific, the survival fitness for these movies and their producers will meet an unbearable situation undoubtedly after Janata curfew. It is murmured that theatres will be opened in the mid of June with limited seats and social distancing.