Why Ajith Wanted To Be Called By His Name Instead Of Thala By Fans? 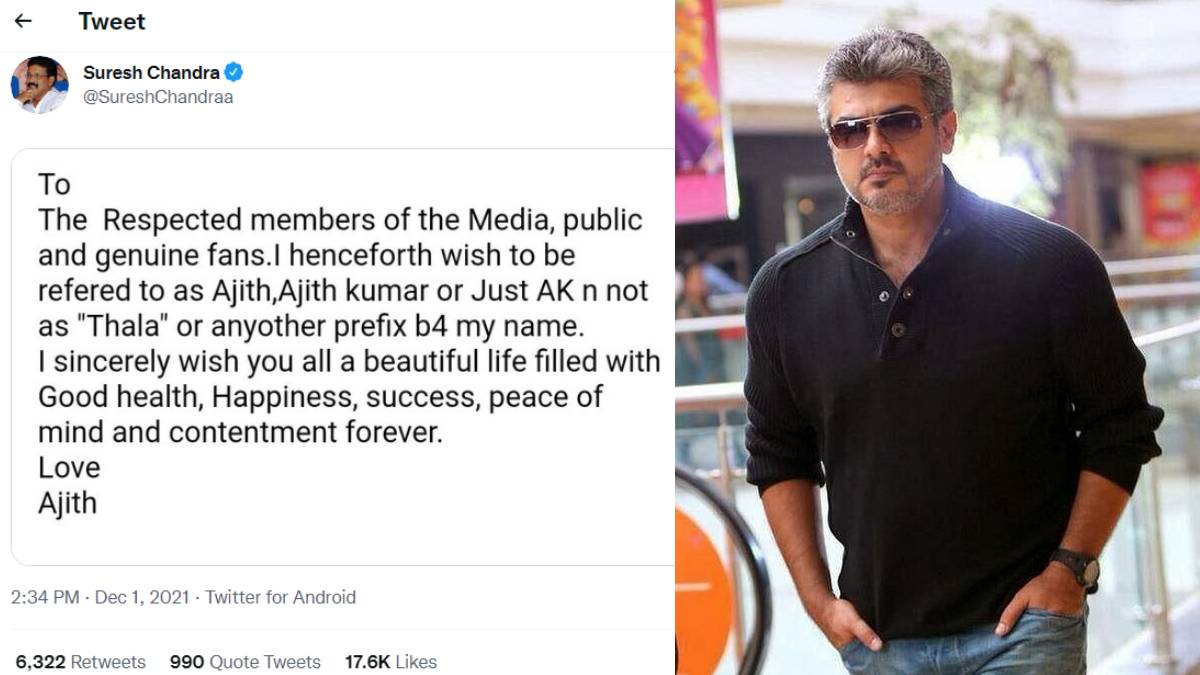 Let no one call me 'Thala'. Actor Ajith has issued a statement saying that it is enough to just call him by his name Ajith, Ajith Kumar and AK. When the entire fans are waiting for Valimai second single actor Ajith has announced this.

Actor Ajith's spokesperson Suresh Chandra said in a statement on his Twitter page, "To the respected members of the Media, Public and genuine fans. I henceforth wish to be referred to as Ajith, Ajith Kumar, or just AK n not as "Thala" or any other prefix b4 my name. I sincerely wish you all a beautiful life filled with Good health, happiness, success, peace of mind and contentment forever. Love Ajith."

These shocking words from Actor Ajith Kumar have saddened the Ajith fans. This tweet by Suresh is trending on the internet, and the exact reason behind the removal of "Thala" from Thala Ajith is unknown.