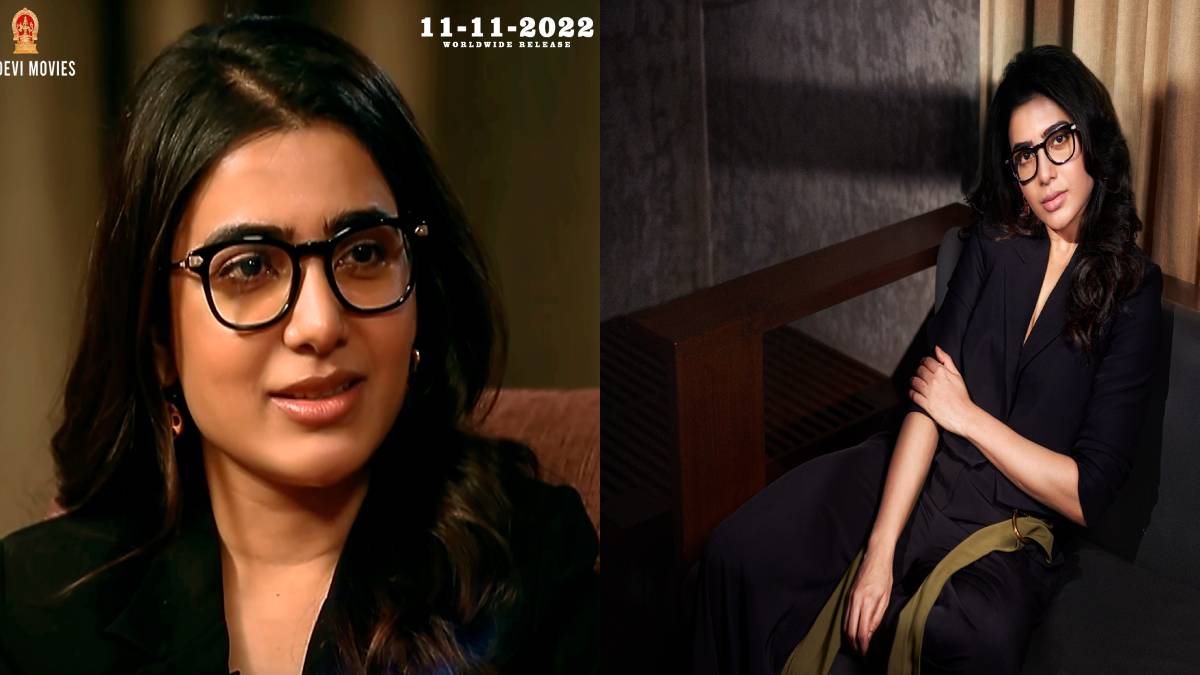 Samantha, who suffers from a rare form of myositis, said in an interview that those were the worst days of her life.

Samantha is one of the leading actresses in South India and the queen of many young boys. After pairing up with leading actors, Samantha starred in many films as a solo heroine. She was appreciated more for her performance in the Kaathuvaakula Rendu Kaadhal movie.

Actress Samantha has acted in the action thriller film Yashoda directed by Hareesh Narayan and K. Hari Shankar. An action and emotional film based on a surrogate and the medical crimes surrounding it. The film's teaser was recently released and received a good response from the people.

As the movie Yashoda is releasing in theatres on November 11, fans were shocked to see Samantha, who is struggling with a rare disease called myositis, participating in the promotional program of the film. She looked very tired in a black suit and glasses.

When talking about Yashoda, Samantha said I agreed to act only after Hari told me the movie's story. This is a true story. There is a lot of fighting and thrill in this film. I was really happy when I acted in this film. She said I acted without dope in many fight scenes and got punched in the face by the stunt master.

Yasodha is the story of a brave woman. Whenever I listen to a story, I think from the audience's side. Similarly, while watching the film, I watch the film as an audience, so this film has come out well. We are all working hard for this film. She said that everyone must watch this film in the cinema.