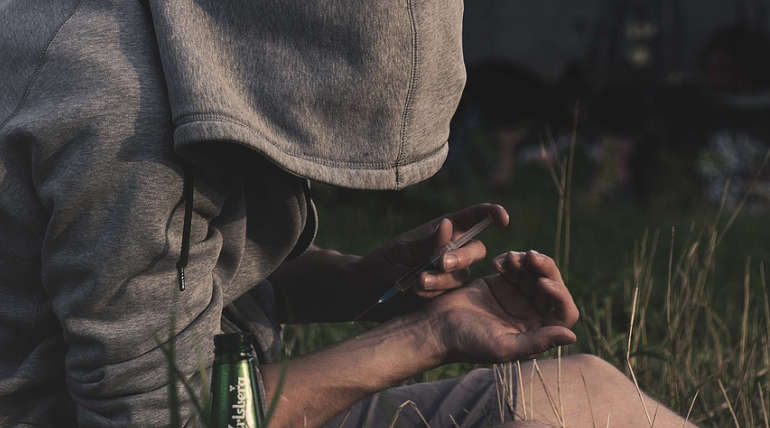 Black Tar Heroin is a lump of sticky coal obtained from the crude procession and serves as an illegal narcotic drug among the mortals.

The National Institute of Drug Abuse stated that injecting more heroin increases the risk of flesh-eating bacterial infection and wound botulism, followed by the destruction of life.

The Flesh-eating bacterial infection was diagnosed from the beginning of October, and the inert list goes on day-by-day. San County officials found that nine people who injected black tar heroin were hospitalized with myonecrosis between October 2 and November 24.

The bacterial affected individuals are between the age of 19 and 57. People also suffer from wound botulism, a nerve infection due to the overdose of black tar heroin. Overdose heroin narcotic addiction affects the people with both the disease (Myonecrosis and Wound Botulism), says San Diego County officials.

Chief County officer and Health officials in San Diego issued an emergency advisory to the therapists and health care community to be more cautious about soft tissue infections, which leads to amputations or death of the victims.

In addition to San Diego,13 people of South California were contracted to wound botulism since September 1, says Health county officials.

Dr. Wilma Wooten, a public health officer for San Diego County, says that Black tar heroin users are not only facing a higher risk of dying but also prone to myonecrosis or wound botulism due to the overdose of narcotics.

The flesh-eating disease occurs when a bacteria enters the body through the wounded skin and spreads at a higher rate. Treatment involves surgery or antibiotics, and the symptoms are fever, fatigue, or pain in the skin.

Sufferers from Drug addiction or any related disorder are prescribed to dial the county crisis line at 888-724-7240.