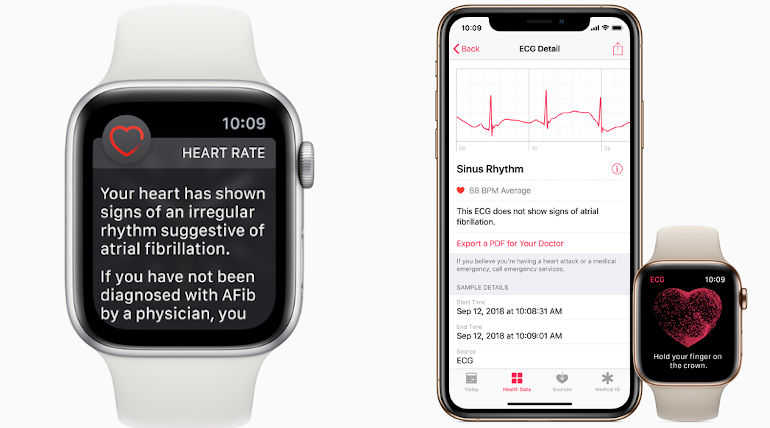 New England Journal published research on November 13, 2019, which the researchers say will pave the way for future digital treatment. It is research done on 419,000 Apple Watch users to check their abnormal heartbeat called AFib or AF or Atrial Fibrillation, which is now considered as the epidemic for killing 130,000 and hospitalizing 750,000 every year in the US.

This potentially silent killer is set to kill 6-12 million by 2050 in the US and above 19.9 in Europe by 2060. Of the 419,000 study people, only 2,161 people received alerts for AF and digitally treated by the research doctors and are now known as the first virtual study of its kind by researchers.

Statement of Dr. Marco Perez, Lead author of the study:

Dr. Marco Perez, cardiac electrophysiologist and Director of Arrhythmia Clinic at Stanford University Medical Center, said that no one alerted by the Apple Watch study had to go to the hospital for treatment. They have to download the app on their smartphone or Apple Watch to participate in the research and also get treatment if they prefer it. That is why he says that it is now considered as the first virtual study of its kind.

For more than 2.7 million Americans and millions of other living with deadly Atrial Fibrillation and its rapid pace of growth in the future, this study is surely paving the way for the digital transformation of health and health care.