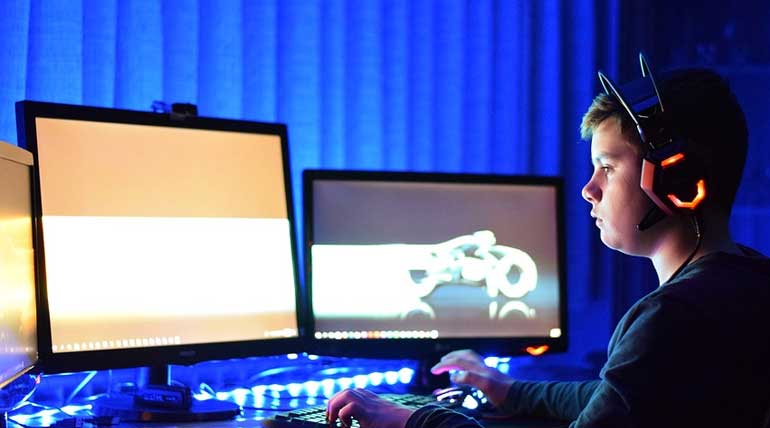 The first-ever study documenting the association between higher screen uses by pre-school aged kids brings in severe findings. Published in JAMA Pediatrics Journal on 4th November confirms the Children brain development gets damage with excess screen time. From the past decade, the usage of screens in the form of TV, tablets, smartphones has increased by 90 % among children below one year of age. This finding gains importance, as the brain develops its most, only up to the age of five when they can quickly soak in everything to have their effects on life.

Dr.Hutton is a lead author of this new study "Children Brain Development", is the director of the Reading and Literacy Discovery Center at Cincinnati Children's Hospital Medical Center. His research "Children Brain Development" was conducted on 47 healthy children between the ages group of 3 to 5. They were all healthy, from the middle to upper-middle English speaking households.

Screen Q was created for the children after consultations with their parents on their screen time. It starts from 1 to 19, with 1 being the screen time within the scientifically prescribed one hour limit. Screen Q score of 19 is total no adherence to the prescribed limit of one hour and screen time going up to even 12 hours per day. They also had screens in their bedrooms and allow preschoolers to watch screens without their guidance. The average score of Screen Q of the 47 students was 9.

Diffusion tensor MRI obtained the exclusive brain scans of these children. It showed the degrees of myelination of the neurons in the brains of the kids. Myelination is a process involving different cell types and molecular signals leading in the central nervous system.

Myelin is a fatty white substance wrapping around the nerve fibers to increase the speed of electrical communication between neurons. Comparing the degrees of myelination with Screen Q of the children showed that those with higher scores had lower measures of structural integrity and myelination. It was more involved with the language and literacy skills of the children.

The research finds an essential finding of brain damage to children watching TV, tablets, or smartphones for more than one hour, and it is up to the parents to decide what to do. They are not making the children happy by handing over the smartphone to them to keep quiet, but they are spoiling their whole life with its excess watching, which causes brain damage.