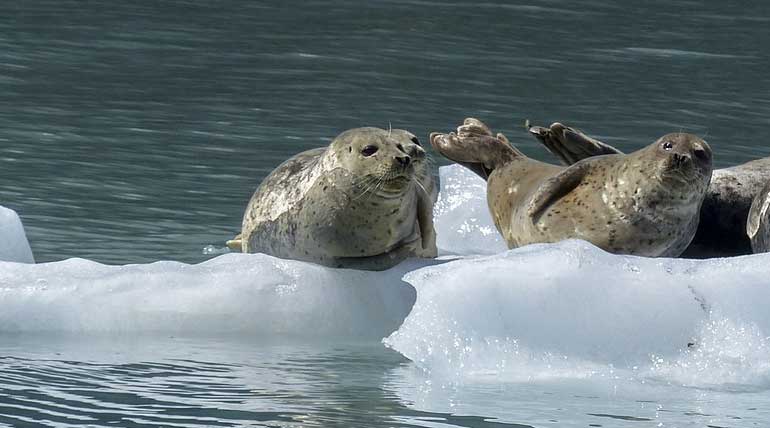 Climate change causes marine mammal to be infected by a deadly virus in the Pacific ocean: Climate changes are affecting all nature's gifts of air, water, fires to burn forests, and now marine mammals also. It is allowing PDV or Phocine Distemper Virus affected seals in the Atlantic ocean to the northern Pacific ocean due to the melting of ice.

A 15 years research tracking 2500 marine mammals in several locations with the help of Satellite reported the said finding in the Nature journal on 6 November and on 7 in Scientific Reports Journal.

Dr. Tracey Goldstein to BBC: Dr. Tracey Goldstein, associate director of One Health Institute, talked to BBC about the study. A radical reshaping of sea ice is happening due to the melting of Arctic sea ice, which is leading to marine wildlife movement to new habitats. The existing physical barriers are now removed to allow new pathways for them to move.

It led to the study to start fifteen years ago, and after tracking 2,500 marine mammals via Satellite in a variety of locations, this study is published now.  It is because, as animals come in contact with other species, they introduce and transmit new infectious diseases causing potentially devastating impacts.

Elizabeth VanWormer: The first author of the published study Elizabeth Van Wormer, a postdoctoral researcher at UC-Davis, said in a statement that, with the continuance of melting ice. The Phocine Distemper Virus and other pathogens infections among the marine mammals in the North Pacific would become standard.

She is also the assistant professor at the University of Nebraska, and further states that, the study highlights the need for understanding Phocine Distemper Virus's potential transmission outbreaks in sensitive species within the fast-changing environment.

Climate change is causing danger to all species in the world, and even marine mammals are prone to be affected due to their mobility into new habitats.