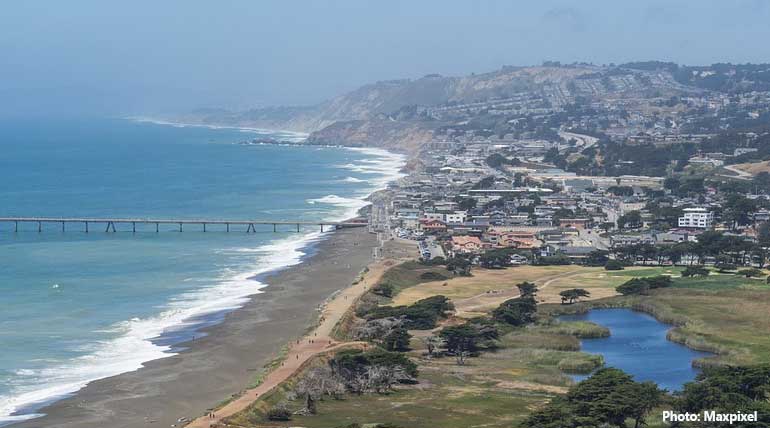 England Coast Path by 2020: Who says NO for a Natural living atmosphere? And yes, England paves the way for its citizens to gain peace in their living. Good Relaxed life is one which every being requires in this hectic world.

Generally, people go on trips to calm and serene places. Why so? Mental Relaxation is all they need. The University of Exeter, England, conducted a survey and finds that living close to the shores of water bodies improves the mental wellbeing of people.

Benefits of Living in Nature: Natural living has undescribable worthiness in it. One never resist being amidst nature. The serene environment helps people to be tension-free and makes them a well-behaved individual.

For instance, When you notice your behavior by standing in the coastline or any place surrounded by nature. The feel or mood one attains is incomparable to those in a crowded atmosphere. That's the tremendous outcome of being in nature.

Anxiety/Depression: People with no worry is less in this engaging world. Even a small growing child exhibits a lot of anger nowadays. Anxiety and Depression are the two common mental disorders every individual undergoes in urban life.

University of Exeter's Study: The University Of Exter published a study, Coastal proximity and mental health among urban adults in England.  The moderating effect of household income, stating that "People living near to the seashores exhibits improved mental health compared to those in urban areas" in the journal Health and Place.

Coastal Path in England: From the conclusion of Exeter's Health Survey for England, the government decided to improve the mental well being of UK people. As a part of the BlueHealth project, England is preparing itself to access coastal paths by 2020 for the natural living of people without disparities.