Skin Cancer probably have Its Origin In Hair Follicles 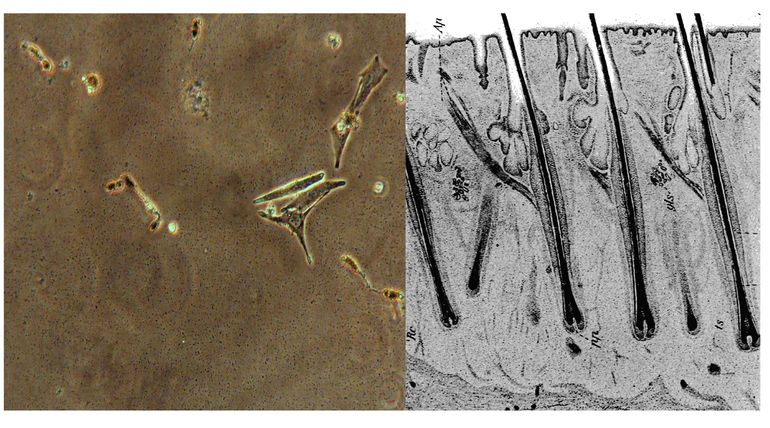 Skin Cancer probably have Its Origin In Hair Follicles

Melanoma is one of the deadliest skin cancers affecting 1,32,000 people annually. One person dies every hour every day due to melanoma, and it is outpacing all other cancers. A new study reported on 4th November in Nature Communications Journal confirms that melanomas have an origin from multiple stem cells. In other words, it even originates in the hair follicles. This new finding from the mouse model promises to identify new diagnostics and treatments for melanoma. But the research has to be conducted on human trials for further approval by authorities.

Melanoma death in 2019 is estimated at 7,230 and counting from the 96,480 diagnosed this year. It accounts for 5.5 % of all new cancer cases and 1.2 % of cancer deaths. It begins in skin cells known as melanocytes, which produce a pigment called melanin to give color to the skin. When skin is exposed to ultraviolet radiation from the sun or tanning beds, it causes DNA damage to trigger excessive production of melanin and cellular damage to be affected by melanoma cancer.

Qi Sun on the new study on skin cancer

Lead researcher of this published study Qi Sun says, follicular oncogenic melanocyte stem cells, which have been found in the mouse model, can establish melanomas. Stem cells are the underlying cells of the human body formed during the embryo stage to help develop various other cells. Qi Sun says that melanomas found during the research will be useful to identify new ways of diagnosis and treatments for melanoma. But what it needs is human trials for further confirmation to treatment.

This new study of dangerous melanoma may form in stem cells, which form in the hair follicles and give color than the skin layers will lead to new findings and save a lot of people from this deadly cancer.