Obesity Chronic but Self Controllable and Treatable 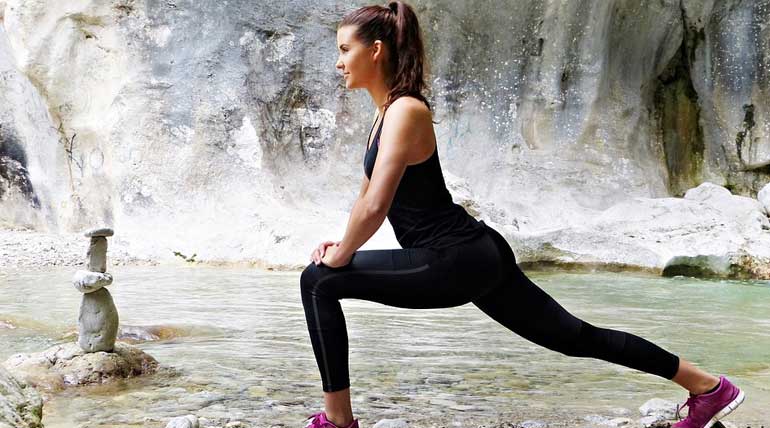 More than 1000 million people across the world are obese and not fit. As per Darwin's rule of survival of the fittest, it is now pertinent to stay fit without obesity.

But even as per WHO standards, obesity is like an epidemic being the centre of most of the life-threatening diseases. It causes not only diabetes, renal and cardio problems but the reason for millions of deaths. Hence it is time to know about obesity and the sooner, the better.

Obesity chronic but self controllable and treatable: Even though obesity is chronic and can last for a lifetime even if it is short, the good thing is it is self-manageable and treatable.  The only necessity is self-discipline to save lives and their responsibilities to their families.

As per an old saying, "no one can stop with one peanut," it is uncontrollable for many to stop eating. It is a proven record of increasing in multiples of obese eating in all parts of the world.  Hence self-discipline and controlled eating is the basic necessity of staying fit without obesity.

Who is obese? Any person with a BMI or body mass index of more than 25 is obese.  It is a simple calculation with weight and height. It is calculated by the formula BMI = m\h square.  As per the estimate, if the BMI is above 25, it is time to control obesity.

Another apparent sign of obesity is the increase in hip size.  It is the most dangerous sign that everyone should be aware of our physical changes. If a person is continuously increasing the hip size, it is an indication that he or she is soon to visit ICU.  In this modern world, there is more possibility of being obese rather than staying fit.

Why has obesity become the core reason for all diseases in the last few decades? Technology made the world a better place, but for its population, it has become more of a curse. Since human effort in doing things for themselves and others is reduced to the minimum in the last few decades, obesity is on the rise.  Since there is less personal work now, the burning of calories has come to rock bottom.

The unburned calories add to the hip and increase obesity. Obesity does not only make living difficult but also could be life-threatening and not able to do the responsibilities. It has made many families suffer both financially and socially.  It now becomes a curse for many families around the world.  People who run after money for need or pride forget it is the health which needs more care. Once they spoil their health, whatever they have earned is a waste and of no use.  Maybe it could help in paying the hospital bills.

What is the best way to avoid obesity? As per an adage, it is better for prevention than cure. But more than 100 million children are affected by obesity worldwide. Hence to know the time of prevention and treatment are difficult nowadays. So it is time to know some fundamental facts about obesity to avoid and treat it.

What are the ways to reduce obesity and staying fit? It is a million-dollar question around the world now.  Since reducing obesity and staying fit is a continuous process for all of life, it is persisting for most of the people.  Millions try to be healthy and away from obesity for a certain period and lose concentration and interest after a while.

Maybe due to various reasons, but once stopped, obesity comes back in no time. It is the time of more issues with more obesity.  And it is back to square one or even worse. Hence obesity is becoming a recurring problem for many around the world.  The following are the five ways to reduce obesity and stay fit:

Five ways to reduce obesity and to stay fit:

1. Decrease calorie intake by one third: Decrease the food intake or calories by one third within three months with the advice of doctors. It has to be done slowly step by step, and within 3 to 6 months, the calorie intake should be reduced to one-third of what is taken now. It is possible with a proper diet plan which is healthy and also reduces calories.

2. Increase burning calories tenfold: Increase the exercise by three to 10 times of what is done now. Most people do only the basic necessity of walking across homes and offices. For those people, it is necessary to increase the physical activity to ten times within a period of 3 to 6 months.  The exercises should be gradually increased and not force within a short period.

The best exercise plan is as follows:

5. Awareness is better than suffering: In this modern world, when a person is above 30 years of age, it is time to be aware of the food and lifestyle. If not, it will be only a few years or months to suffer in hospital beds.  Nowadays, it has become more common for people, even in their thirties to be affected by heart ailments and other diseases.  Hence it is time to be aware of what we eat and what we do to fulfil our responsibilities in this world. The following are the awareness ways to avoid the suffering of illness:

Tags :  Best Way to Avoid Obesity, Five Ways to Reduce Obesity and to Stay Fit, Obesity chronic but self controllable and treatable, Stay Fit Without Obesity for Long Life, What is the best way to avoid obesity, What are the ways to reduce obesity and staying fit