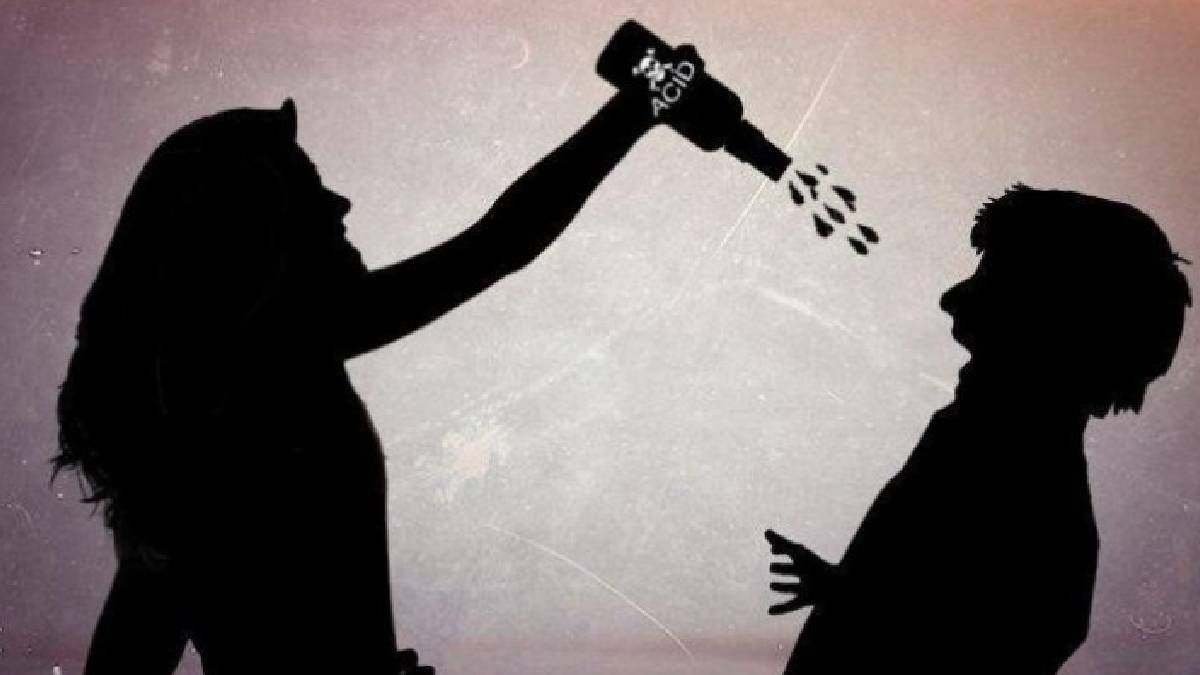 In Kerala, a 35-year-old respectable woman threw acid on a young man who refused to marry her caused a great stir. CCTV Footage of the woman throwing acid on the man is going viral on social media.

Arunkumar (28) met 35-year-old Sheeba through a social networking site. The two have been in love to turn it into love. However, it was only later that Arunkumar came to know that  Sheeba was married and had two children. Thus Arun Kumar has started avoiding her and reduced her contact.

Angered by this, Sheeba starts urging Arunkumar to marry her. However, Arun Kumar refused, and so Sheeba started blackmailing him by asking for Rs 2 lakh. Sheeba went to meet Arun Kumar near c church last Tuesday to talk about this.

The conversation was not in favour of Sheeba. Thus Sheeba took the acid that was hidden and threw it at Arunkumar, and walked off from the place normally. This was clearly recorded on a nearby CCTV camera. Hearing the screams of Arun Kumar, the local people took him to the nearby hospital. Sheeba also sustained minor injuries as the acid fell on him while throwing.

The hospital authority said that Arun had lost his one eyesight. Following the CCTV footage and Arun Kumar's complaint, police have arrested Sheeba and was investigated.

During the investigation process, it was revealed that Sheeba had hidden her marriage life and about the kids to Arun Kumar, so Arun Kumar has avoided Sheeba.  This incident has brought a huge stir in Kerala as it is the first time where a woman throws acid in a man in public.