Arrest Lucknow Girl: What Made The Word Feminism Go On Trend? 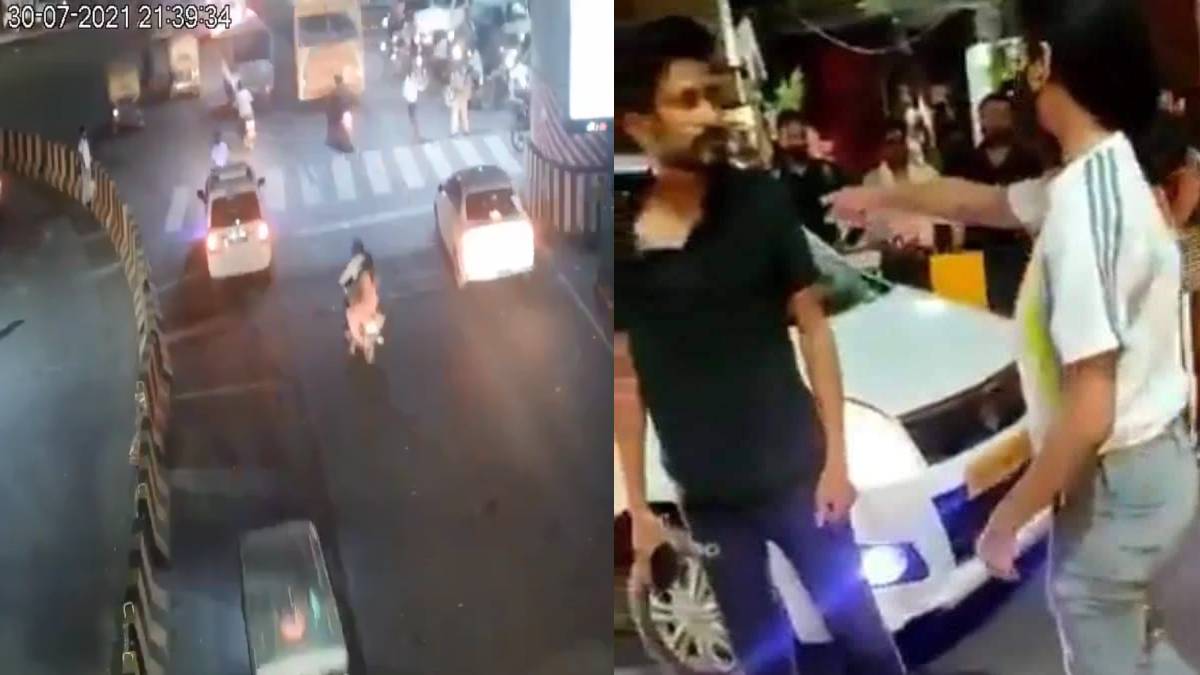 The video of a teenager hitting a car driver in the middle of the road has gone viral on social media. The CCTV footage showed the actual happening, and now the hashtag #arrestlucknowgirl is going viral on social media. If she gets arrested, will the shame that the cab driver faces will be wiped off? Here is what happened and how feminism works.

A video of a tragic incident in Lucknow, Uttar Pradesh, is currently going viral on social media. In this video, we can see the scenes where a teenager attacks a cab driver in the middle of the road. The teenager also allegedly broke the cab driver's employee cell phone worth 25,000. Motorists who passed by froze in shock when they saw the young girl hit the cab driver in the middle of the road, not bothering the place and the crowd. The video also shows the cops who were watching the incident.

But they did nothing great to stop the young woman who was severely hitting the cab driver. Since the woman was the subject, they may have been hesitant. But it is also noteworthy here that there were no female cops. The teenager continued to attack the Cab driver.

So after a while, some people intervened in this issue. But at some point, the teenager started attacking the person who came to help the cab driver. But he was not as quiet as the Cab driver. He turned and attacked the young woman. Why did this problem occur? The CCTV cameras there show us that.

The video showed that the young girl was walking naturally at the zebra crossing while the vehicles were coming fast. Police were maintaining the traffic, and the police showed the green hand signal letting the vehicles go. Then one of the bus was about to hit her, but she walked forward, and it was avoided. Then the cab driver who got beaten by the girl came in the car that way and stopped earlier as soon as he saw the girl.

When the girl was about to cross the vehicle, the red single was put nad the other vehicles were stopped. Then the girl came towards the car driver and made him come out of the car and accuse him.  He was slapped more than 20 times by the girl in public. The police who was standing was witnessing the incident and never stopped the girl.

Did the vehicle collide with the young girl? It is not precisely known. But the young girl was not reported injured. But the girl, who forcibly pulled out the driver of the car, began to hit. The crowd watched the incident when the cab driver was beaten, and no one listened to his voice just because she was a girl.

The girl broke the car driver employees cellphone worth Rs 25000. The cab driver cried while getting beaten that she breaks his employee's cellphone and cannot afford to get a new phone since he is poor. No one bothers to voice out for nor listen to his voice. Then a person can help him, but she started to blast him too.

The cab driver didn't defend himself because society has stamped that if a girl hits a boy, it might have some valid point, and if he hit her back with no out, the community will blame him. But if a boy hits a girl, the men will only be blamed even at the time. This incident projects that just for being male, they are not always the accused.

If the CCTV footage weren't there, then imagine the cab driver's life; he would have been in prison without making any mistakes. Many mistakes like this are happening in the society where females are taking advantage of the word feminism. Just because they are women doesn't mean that they can blame men in times of trouble. Only a few such cases are seen on screen, and many other incidents are not coming out.

The video clearly shows that the car didn't hit her. The vehicle stopped earlier; before she turns, she pulled the cab driver and beat him for no reason; she broke his phone. She also hit the man who intervened to stop her, and the cops witnessed the incident without questioning the cab driver.

After the reach of CCTV footage, the hashtag #arrestlucknowgirl is going viral on social media. The question is, will satisfy the poor cab driver who faced shame in public and the video was watched globally, and his face was projected. What can be done against the girl? Since she is a woman, what action can be taken? The laws are the same for men and women, considering the public shaming.