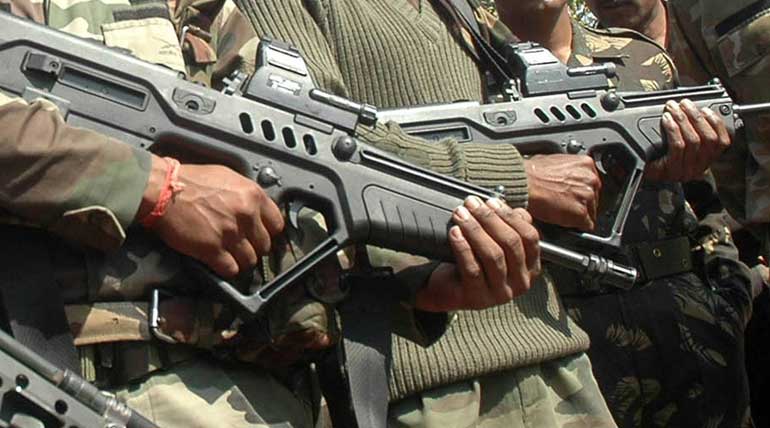 Abrogation of article 370A and 35A cause huge infiltration from Pakistan

The repercussions of the abrogation of article 370A and 35A cause huge infiltration from Pakistan: It is reported that after the abrogation of article 370A and 35A, the number of ceasefire violations have been increased. Since 2017, this year is witnessing the highest infiltration incidents, and more than 2317 incidents were recorded. The counter-infiltration system is deployed along Line of Control with a new surveillance system and additional troops in India.

The officials who are responsible for the deployment said, "Our surveillance system is too effective that it would immediately identify the infiltrator and passes signal and our army troops responds back to the threat. It is currently in progress, and it would be further refined."

Territorial integrity is very much needed, and LOC is the cut off line for both the countries. But these unprovoked attacks are costing the lives of civilians and army soldiers. Terrorists are escaping who are the cause for this ceasefire violations.

It was Pakistan who started "unprovoked fire" in Jammu & Kashmir, including the use of artillery guns along the LOC to assist infiltrators. It was a surprising move indeed to see how the terrorists are backed by the army. Two soldiers and 1 civilian were killed, and three more civilians are injured.

Indian army as a retaliatory measure caused heavy damage to the Pakistan army posts, gun positions, and terrorist launch pad in Pakistan occupied Kashmir (PoK). It is said that 6-10 Pakistani soldiers were shot dead, and 6-10 terrorists were killed.

Several injuries were also reported in the Neelam Valley and Leepa in PoK in the attack. Army Chief General Bipin Rawat said, "We are not able to pick up any mobile communication from Pakistan end, which is a sign of heavy casualties. The terrorists' camps have been destroyed, and more than 10 soldiers and ten terrorists were killed.

The coming days are expected to be very sensitive as the governing power is about to be shifted to Jammu & Kashmir from Srinagar on October 26." Fingers crossed, this Diwali should only burst crackers do not explode the bomb. Security forces are also tightened at the wake of it.