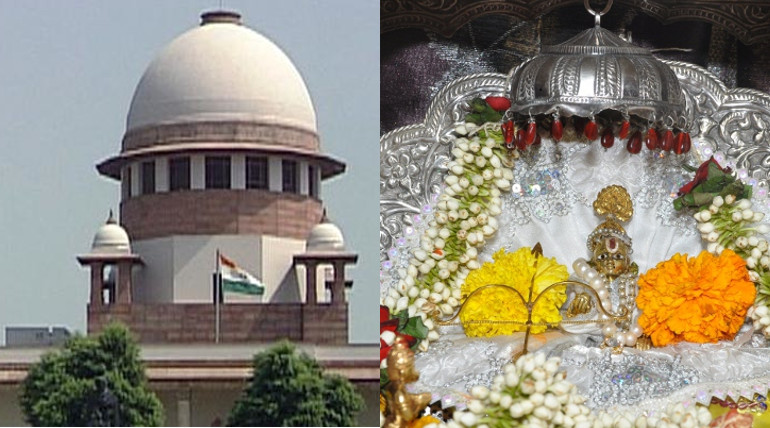 The Supreme court pronounces its verdict on the land dispute case of Ayodhya around 11 Am on November 9, 2019. The title deed over the entire 2.77 acres land has been given to Ram Lalla Virajman. A Hindu temple will be built at the site under a trust formed by the government. The court considered that Ram Lalla Virajment Diety as a jurisdiction entity and passed its verdict.

The court stated in its verdict that demolishing the Babri Mosque was wrong and that needs a proper justice. Hence the court ordered the central to allocate 5 acres of alternative land to build a mosque.

The court also stated that the question over the birthplace of Lord Rama is not the contention here as it lies between the beliefs of people. This is a case of a land dispute between three groups. The court sited Allahabad's Decision that divided the land into three as wrong.