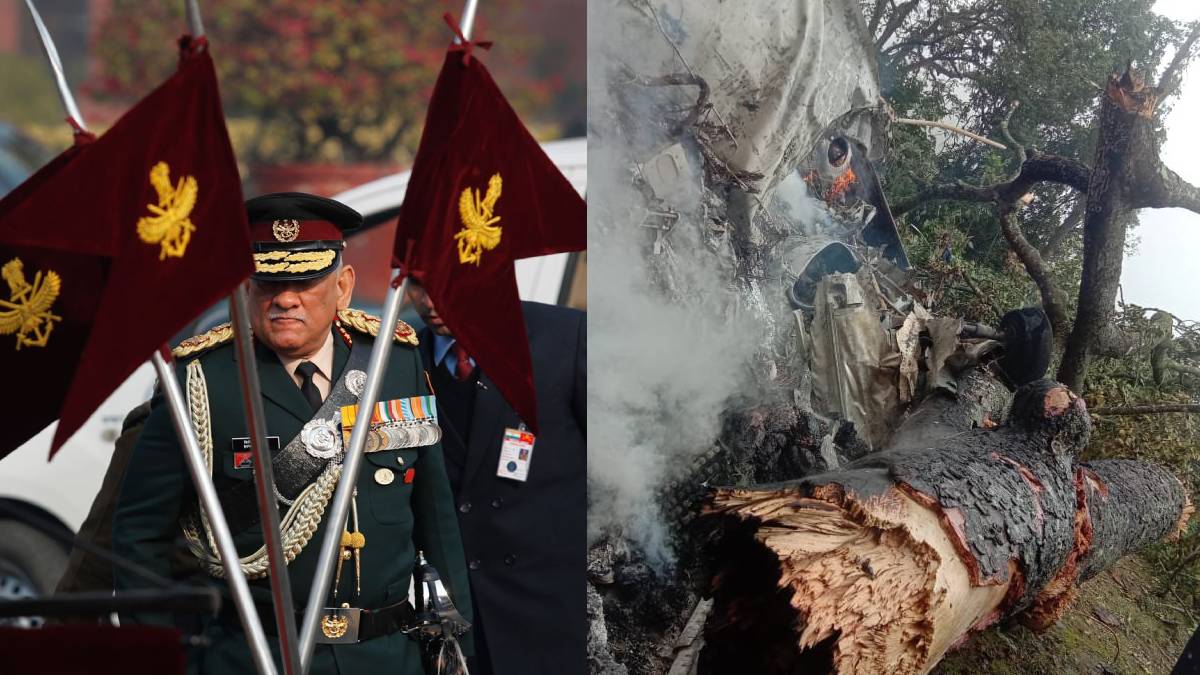 CDS Gen Bipin Rawat killed in a chopper crash in Tamil Nadu's Coonoor confirms IAF. Bipin Rawat, Commander-in-Chief of the Indian Army, along with 14 others, including his wife and four pilots, left for Wellington by helicopter at 11.30 a.m. from the Army Air Force Base in Sulur Coimbatore to attend a meeting of Army high-ranking officials here today.

Heavy cloudy weather prevailed as the helicopter flew over Katerry Valley in the Nilgiris district. As a result, due to the weather chaos, the helicopter lost control and crashed into a tree. According to ANI reports, 13 people has been found dead.

Initially, the bodies of 10 people have been recovered so far in the helicopter crash. Two people have been rescued after fighting for their lives and have been admitted to the Coonoor Army Hospital.  DNA testing is needed to identify the dead. No information has been released about Chief of Defence Staff of the Indian Armed Forces Bipin Rawat and his wife.

The location where the chopper crash held is completely taken control by the Defence force. The rescue operation was delayed as the crashed helicopter continued to burn. The Air Force has ordered a high-level inquiry into the crash. In Delhi, Prime Minister Modi and Defense Minister Rajnath Singh are holding emergency consultations.

Wing Commander Prithvi Singh Chauhan was the Pilot of a Russian-made Mi-17 V5 chopper that crashed today. Resources say that 13 out of 14 are found dead. This situation is clearly illustrated to Bipin Rawat's daughter to accept the happenings. And now comes IAF confirmed update that CDS Gen Bipin Rawat was killed in a chopper crash in Tamil Nadu's Coonoor.

IAF tweeted, "With deep regret, it has now been ascertained that Gen Bipin Rawat, Mrs Madhulika Rawat and 11 other persons on board have died in the unfortunate accident."

Gen Bipin Rawat, Chief of Defence Staff (CDS) was on a visit to Defence Services Staff College, Wellington (Nilgiri Hills) to address the faculty and student officers of the Staff Course today.